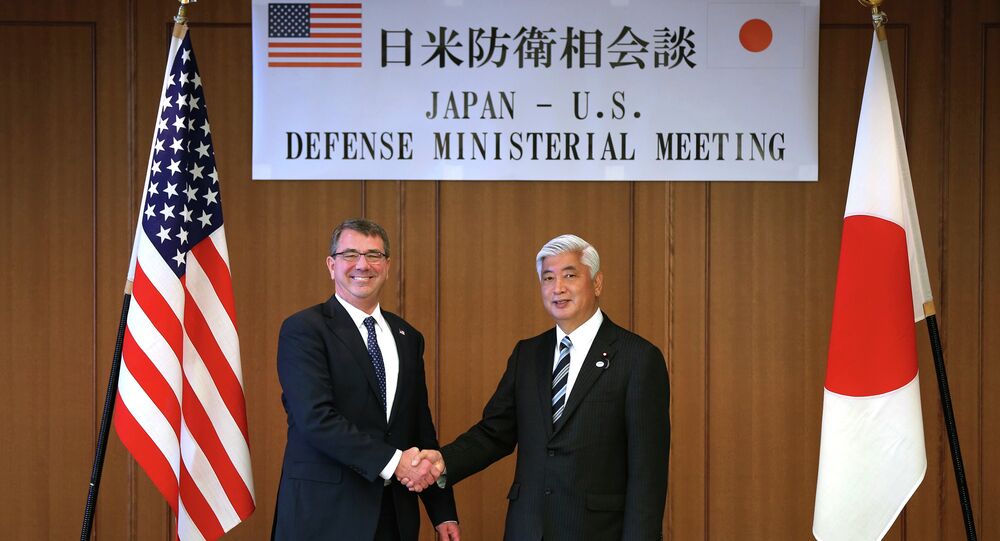 WASHINGTON (Sputnik) — US Defense Secretary Ashton Carter also said that Washington’s defense cooperation with Tokyo would no longer be relegated to Japan’s surrounding waters as outlined in the 1997 defense guidelines.

“There’s North Korea, for example, in deterrence for provocative behavior. That’s an important joint effort of the [US-Japan] alliance and one that is strengthened in many ways through the guidelines.”

The new framework, according to Carter, would be extended to anywhere in the world where the two nations have common security interests.

“That is a very big change from being locally focused to being globally focused,” the US defense chief added.

North Korea to Fire Ballistic Missile Into Sea of Japan
The United States committed to use all military options, including nuclear weapons, to defend ally Japan, according to a joint US-Japan statement released before Monday’s press briefing.

The statement also said that the United States and Japan agreed that the Senkaku Islands rightfully belong to Japan as outlined in the countries’ treaty of defense, and oppose any action that would take the islands away from the country.

Carter’s comments came during a press conference alongside other members of the US-Japan Security Consultative Committee (SCC) including US Secretary of State John Kerry, Minister for Foreign Affairs Fumio Kishida and Minister of Defense Gen Nakatani.

Japan has been Washington’s closest ally in the Pacific since the end of World War II. In recent years, the US has shifted the focus of its strategic planning toward Asia under a new state policy of military deterrence aimed at China.

On Tuesday, Japan's Prime Minister Shinzo Abe is expected to arrive in Washington, DC, where he will meet with US President Barack Obama to discuss a number of bilateral issues, including economic and defense cooperation, as well as regional security issues. On Wednesday, Abe is slated to deliver a speech to a joint session of US Congress.