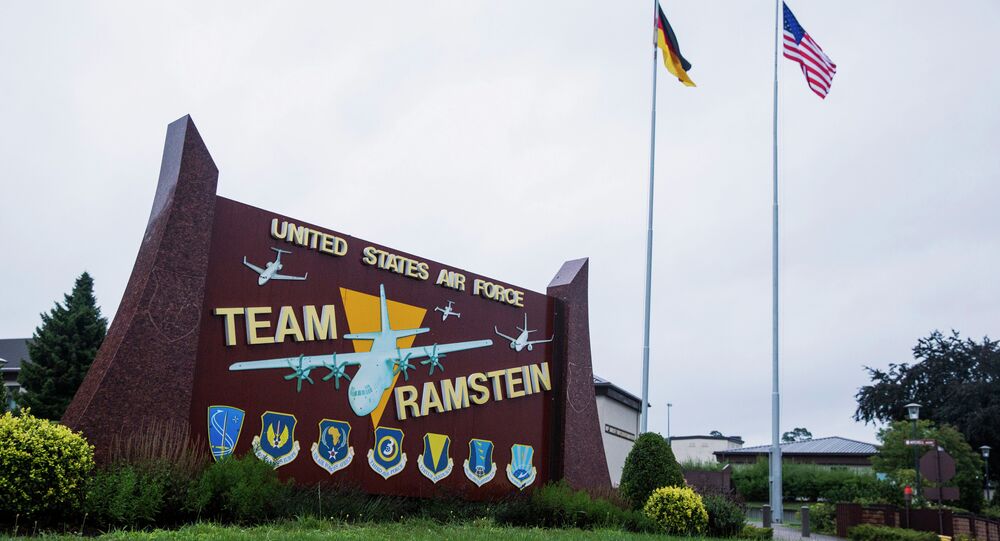 New evidence has emerged on the 'top secret' drone war being carried out by US President Barack Obama's administration suggesting its main European centre of operations is in Germany, and may be in breach of German, or even international law.

New documents obtained by The Intercept and Der Spiegel show that the huge US base at Ramstein, in south west Germany, is the European centre of operations for Obama's drone war against Islamist terror.

The graphics in the documents show that Ramstein is involved in virtually every US Air Force drone attack. Even if the pilots are directing the drones from Air Force bases in Nevada, Arizona or Missouri, and even if the targets are located on the Horn of Africa or the Arab Peninsula, USAFE headquarters at Ramstein is almost always involved.

Leaked US doc identifies Ramstein military base in Germany as the heart of the drone program https://t.co/hj7xOfPtVw pic.twitter.com/QJWlnIyqv4

However, the use of drones in non-war zones remains a contentious issue. The US has deployed drones in the Middle East, Africa and Pakistan in operations not validated by the United Nations as war zones, with civilians being targeted. The Ramstein base is contracted to the US on condition that it does not do anything that violates German law.

"The veracity of such claims now ought to be reviewed. Just like during the NSA scandal, the German officials are facing the question as to whether massive legal violations may be taking place on German soil."

Legality of Drone Strikes in Question

In a budget request from 2010, the US military called for extra investment at Ramstein. Documents seen by Sputnik state that: "Predator (MQ-1), Reaper (MQ-9) and Global Hawk (RQ-4) aircraft will use this site to conduct operations within EUCOM, AFRICOM and CENTCOM Areas of Responsibility (AOR) in support of Overseas Contingency Operations."

According to Der Spiegel, Pentagon legal experts have expressed concern about dispatching the deadly drones from Ramstein without the knowledge of the German government. The lawyers cited the legal obligations laid out in the US Forces Agreement and warned of possible diplomatic and legal consequences.

Attacks, according to a report from the German Federal Prosecutor's Office, are only justifiable in "actual war zones." As such, many of the deadly missiles that have been launched from drones over Yemen and Somalia were not justified under international law, in their view.

Evidence gathered by the New York human rights organization Open Society Justice Initiative found that 39 civilians, including eight children, have either died or been injured in drone attacks in Yemen. Germany's international criminal code provides the German federal prosecutor with the authority to investigate all of the attacks as potential war crimes.

One American and one Italian who had been held hostage by al-Qaeda in the border region of Pakistan and Afghanistan were killed in a US counterterrorism operation in January, the White House said on Thursday.

In a written statement, the White House expressed "tremendous sorrow" over the hostage deaths and said the United States had no reason to believe hostages were at the al Qaeda related compound targeted in the operation.

"Analysis of all available information has led the intelligence community to judge with high confidence that the operation accidentally killed both hostages," the statement said.

"No words can fully express our regret over this terrible tragedy," the statement added.

Terrorism, Migration, Drone Use to Dominate PACE Agenda on Thursday