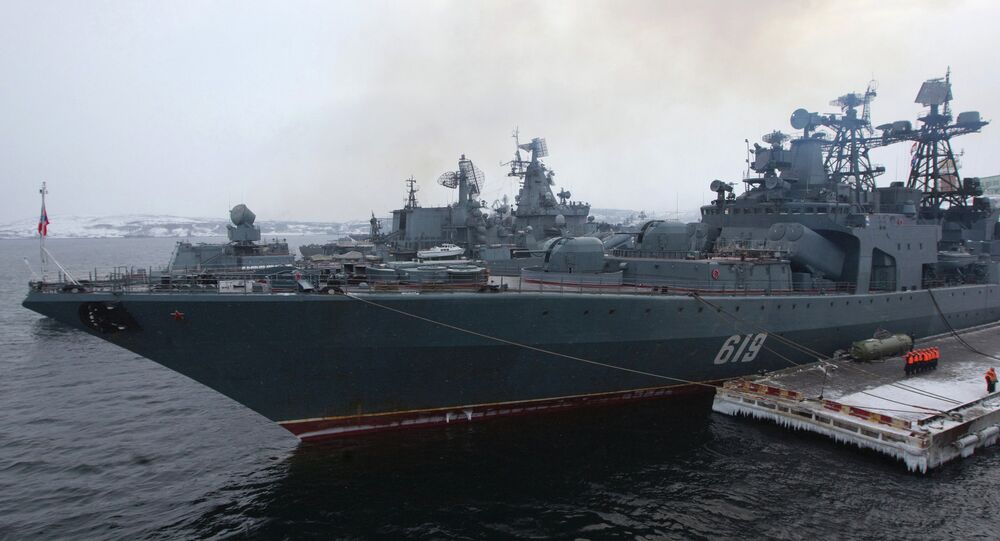 A group of Russian ships will practice anti-aircraft and anti-ship defense and rescue operations with helicopters.

“The crew of the destroyer will continue ship training and drills for providing anti-aircraft and anti-ship defense with a number of vessels in the Norwegian Sea, as well as hold rescue operations from flight decks using Ka-27 [Helix] helicopters,” the Defense Ministry said in a statement.

While passing through the North Sea sailors conducted a series of naval exercises for air defense and carried out military exercises for the destruction of floating mines.

In March, some 76,000 servicemen, 65 warships, 15 submarines, 16 auxiliary ships, and over 10,000 combat and support vehicles took part in Northern Fleet exercises, intended to test Russia's defense capability in the Arctic.

According to the Russian Defense Ministry, in 2015 Russia will hold at least 4,000 military drills.