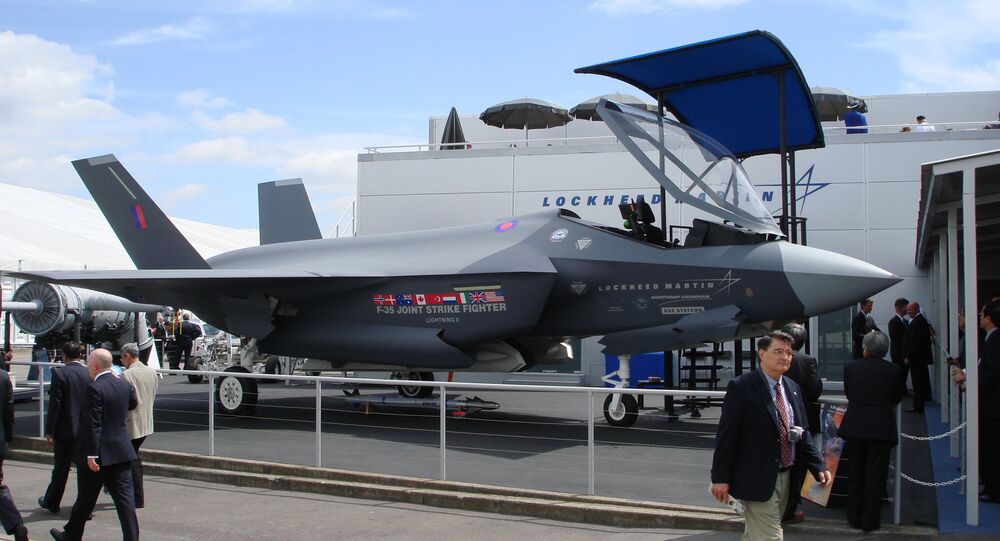 US, Allies Account for Over 60% of Global Military Spending - SIPRI

“The United States plus NATO, plus the United States’ major non-NATO allies…in 2013 amounted to 64 percent of world military spending,” Perlo-Freeman said on Thursday. Those countries include Japan, Korea, Israel, and Pakistan, among others.

“Well over half” of the $1.776 trillion global total military spending comes from “countries that are closely allied to the United States,” Perlo-Freeman stated.

During a Thursday Stimson Center panel discussion, Perlo-Freeman reviewed SIPRI’s 2014 report on global trends in military spending, which was released earlier this week.

© AFP 2020 / JANEK SKARZYNSKI
Poland Goes on Military Spending Spree Citing Fear of Russia
Overall, there was a marginal decline of 0.4 percent in global military spending in 2014, according to the report. Eastern Europe saw the largest increase among any other region, where military spending surged 8.4 percent over 2013 levels.

Perlo-Freeman interpreted the rise in Eastern European defense spending as “explicitly in response to the Ukraine crisis.”

Projected 2015 budgets show a continuation of the trend in Eastern Europe toward increased spending, he noted.

Perlo-Freeman commented that “some of the countries that are bordering Russia by land or sea show clear signs of… either faster increases or going from decreasing spending to increasing.”

Other major non-NATO allies of the United States in the Asia Pacific varied in their military expenditures. The boost in defense spending in Japan and Vietnam “signals a clear change in perspective,” Perlo-Freeman noted, adding that those countries were responding to perceived regional threats from China.

SIPRI is an independent international institute based in Sweden that researches conflict, armaments, arms control and disarmament. The SIPRI Military Expenditure Database tracks the military spending of 171 countries based on open source information and an annual questionnaire the Institute sends to each country it profiles.