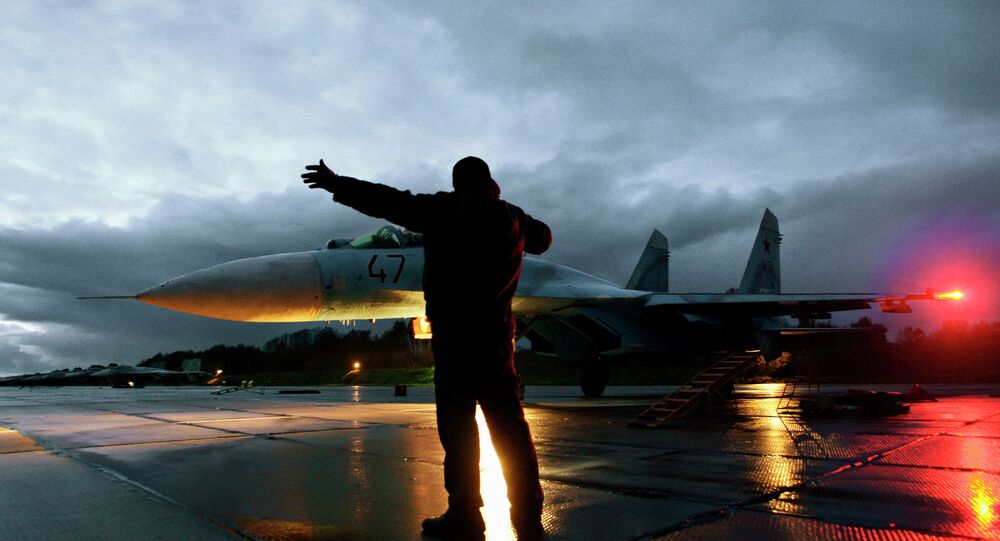 US Protests 'Unsafe, Unprofessional' Russian Interception of US Recon Plane

The Pentagon issued an official complaint Sunday over a Russian SU-27 fighter's interception of a US RC-135U reconnaissance plane over the Baltic Sea, citing the plane's "unsafe and unprofessional maneuvers" in close proximity to the spy plane, AP has reported.

© Sputnik
Su-27 Intercepts US Spy Plane Heading Into Russian Airspace - Russian Defense Ministry
Pentagon spokesman Mark Wright noted in his statement that "unprofessional air intercepts have the potential to cause harm to all aircrews involved. More importantly, the careless actions of a single pilot have the potential to escalate tensions between countries."

Wright was referring to the fact that the Russian plane intercepting the US aircraft April 7th is believed to have approached a distance of only six meters from the US aircraft, the nose of the fighter approaching and nearly touching the US plane's tail.

Russian officials earlier denied wrongdoing on their pilot's part, noting that the unidentified reconnaissance plane was spotted flying straight for the Russian border with its transponder switched off. Russian Ministry of Defense spokesman Igor Konashenkov noted that the Russian pilot approached the unidentified aircraft, flew around it several times, and then proceeded to report its tail number to ground control. Preempting the US's official complaint, Konashenkov noted that regarding "the professional qualities of our pilots, this is something for the Russian military command to assess. Moreover, US reconnaissance planes are supposed to fly along US borders only and nowhere else."

YouTube/Rossia24
Illustration from the Russian evening news program Vesti regarding the Su-27's maneuvers near the US RU-135U reconnaissance aircraft in the Baltic Sea.

Russia's Vesti.ru responded to the Pentagon's commentary Sunday, noting that "of course it's unpleasant, but for some reason, every time someone does something unpleasant to the US, the Americans say they have been treated unprofessionally. That is, one might think that the US criterion for the professionalism of our armed forces is when we are doing something pleasant for them."