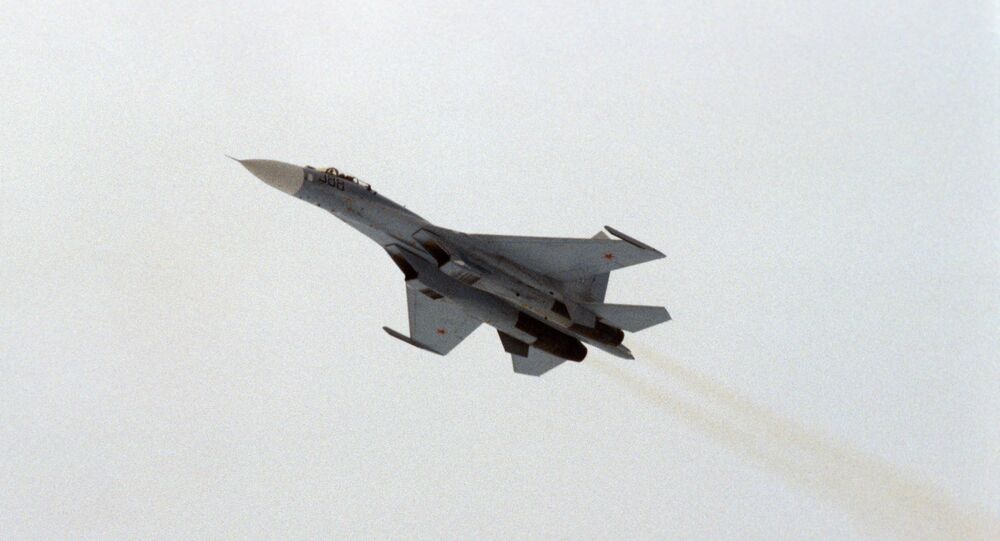 The US RC-135U reconnaissance plane was flying towards the Russian border with its transponder switched off, a Defense Ministry spokesman said in Moscow Saturday.

Maj.-General Igor Konashenkov said that an unidentified airborne target was spotted over the Baltic Sea by Russian air defenders on April 7 flying directly towards the Russian border.

© Sputnik / Sergey Pivovarov
Russian SU-27 Nearly Collides With US Spy Plane Over Baltic Sea - Pentagon
A Su-27 fighter jet was scrambled to inspect the target. Moving up to the unidentified aircraft the Russian pilot flew around it several times, made sure it was a US RC-135U reconnaissance plane and reported its tail number to ground control.

“I want to emphasize that the RC-135U was moving towards the Russian border with its transponder switched off… As to the professional qualities of our pilots, this is something for the Russian military command to assess. Moreover, US reconnaissance planes  are supposed to fly along US borders only and nowhere else,” Konashenkov said, adding that no “emergency situations” were registered during Tuesday’s mid-air encounter.

A Pentagon spokesman said on Saturday that a Russian Su-27 jet fighter on Tuesday flew dangerously close to and nearly collided with a US reconnaissance plane over the Baltic Sea.