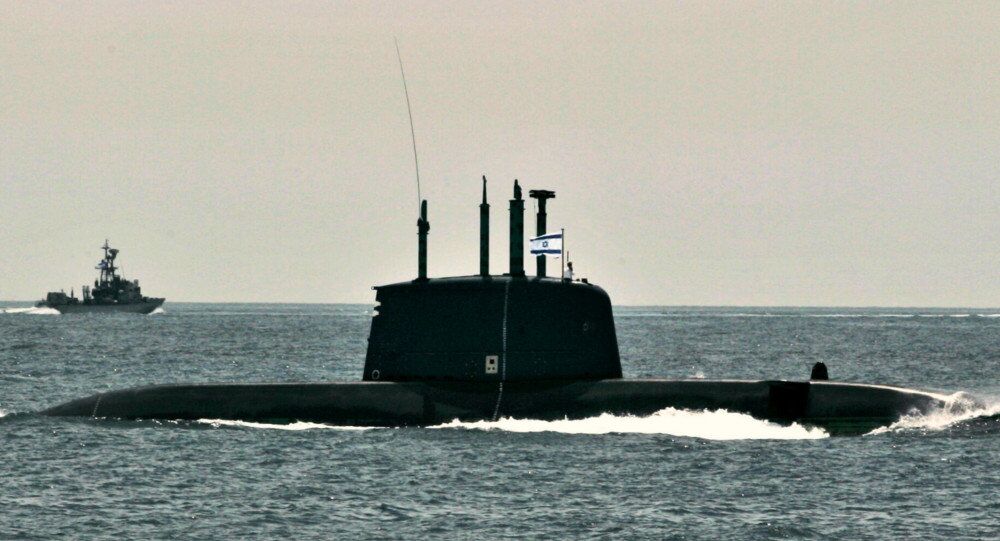 Germany's Federal Security Council has approved the export of a fifth submarine to Israel.

It's the penultimate submarine promised to Israel by German Chancellor Angela Merkel and will be handed over by the company Thyssen Krupp.

Germany's Howaldtswerke-Deutsche Werft (HDW) builds the new Air Independent Propulsion Dolphins and the decision to sell them has been criticized for two reasons. One, in that German taxpayers are shouldering a third of the cost.

Why is the tax I pay here in Germany being used to subsidise submarines for Israel?

Secondly, the vessels are reportedly capable of being equipped with nuclear weapons.

Peter Roberts is an expert in sea power and naval weapons systems at the Royal United Services Institute in London and told Sputnik News that Israel will want to produce and develop nuclear capability on the new submarines.

"That's the long term aspiration", says Roberts. "But does it have it right now? No."

"These are new batch of submarines that Israel is receiving which have a markedly increased capability on what they'd had previously in terms of range, covertness and ability to reach different parts of the world then they had previously been able to do."

Roberts adds that the submarines have the capability to become nuclear armed, "but probably not right now."

"Several hurdles have to be overcome before it can be armed with a nuclear warhead."

He explains that the key to being able to arm the submarines with nuclear weapons is down to the delivery mechanism.

"The Israelis rely on the fact they could fire the Popeye submarine missile — a system that the Americans successfully launched in 2002. But traditionally the Israelis only keep the Harpoon anti-ship missile."

"These are the first submarines that will be able to fire this missile, the size of the torpedo tubes allow it to be fired, they have a bigger tubes for bigger missiles.

"The submarines would have the ability to launch them [missiles] — it's the weapon itself that is the critical part and developing that weapon and navigation system for the guidance from within a submerged submarine is a further challenge."

Peter Roberts says it's difficult to say whether the submarines are distinctly designed for nuclear weapons.

"The Israelis will want to add this to their golf bag of capability which will give them huge resilience in their nuclear forces — but they're not there yet."

According to an article written by Anthony Bellchambers for Global Research, the Dolphin Class nuclear powered submarines "that have already been converted by the Israeli navy to being armed with ICB nuclear missiles…has given the Israeli state 'deep sea dominance' that is now virtually irreversible."

Adding that German Chancellor Merkel agreed to supply Israel with the vessels "without any prior consultation with the EU."

"To sum up, one may say that due to their characteristics of compactness, covertness, sustainability and high combat power, submarines made in Germany are already able to meet the majority of the demands which today's and future scenarios pose to underwater platforms.

"They do have their price, but they extend the maritime capability spectrum of the Bundeswehr in a unique way, and thus the military options in the hands of the political leaders…

"And it is no exaggeration to claim that the German Navy today disposes of nothing less than the best non-nuclear submarines in the world."

Newspaper Süddeutsche Zeitung also reported that Germany's Federal Security Council has consented to the export of six sonar systems to India that can be used to detect submarines and torpedoes. Spare parts to produce small-caliber ammunition have also been sent. The council also approved the delivery of 336 unarmed military trucks to Algeria.