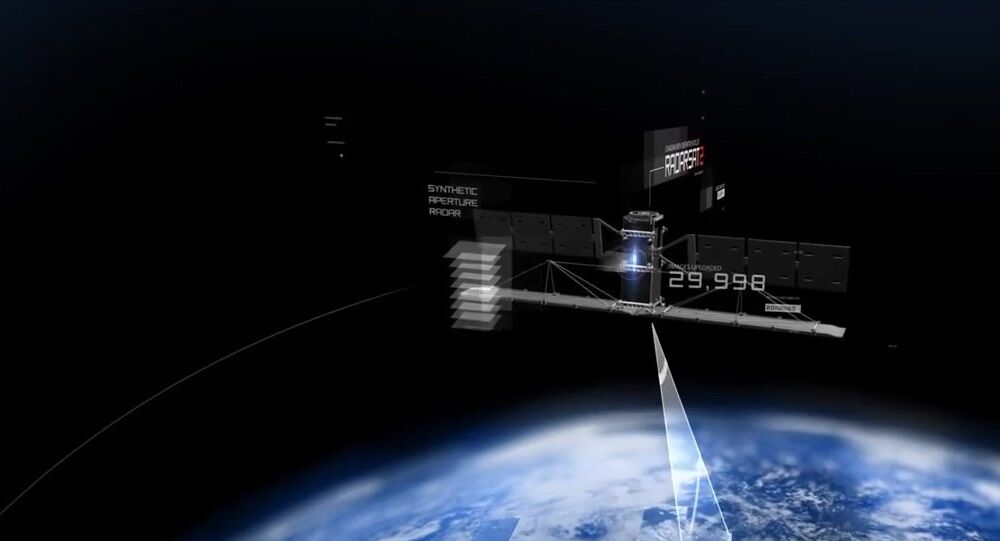 Ukraine has gained access to Canadian satellite images that Ottawa's own military forces could hardly afford; it still remains unclear how much the agreement with the Kiev regime will cost Canadian taxpayers.

Canadian authorities have announced they would provide Ukraine with satellite imagery from its Radarsat-2 satellite; however, Ottawa's decision has sparked controversy among Canadian politicians, who say the Canadian Forces have been suffering from a "critical shortage" in funding access to the satellite.

© Sputnik / Vitaly Belousov
Canadian Export Agency Loans Kiev $160 Million - Ukrainian Finance Ministry
Paul Calandra, parliamentary secretary to Prime Minister Stephen Harper, is insisting that the decision to share imagery data from the satellite with the Ukrainian government has not affected Canadian national interests or its ability to use Radarsat-2 for its own purposes, including those of the country's defense forces.

Canadian media outlets cite the business planning documents of the Department of National Defense (DND), stating that "the use of Radarsat imagery in support of the Canadian Forces operations has been growing over the past years," and noting that the Canadian Forces have already faced an "imposed reduction" on access to Radarsat-2 due to government budget cuts.

The spacecraft's data is crucial to Canadian intelligence, especially surveillance of the country's coastline. The advanced satellite can monitor the Earth’s surface day and night and even through heavy clouds.

Remarkably, it is still shrouded in secrecy how much the deal with the Ukrainian government will cost Canadian taxpayers.

© AP Photo / Czarek Sokolowski
Verkhovna Rada Approves Bill to Let Foreign Troops in Ukraine
Canada's Green Party has requested information from the government on whether the Kiev regime provided any guarantees it would not use the surveillance data for military purposes. Ukrainian authorities have launched a full-scale military campaign against its eastern regions in April 2014, dubbing it an "anti-terror operation."

In accordance with the Minsk-2 agreement, the ceasefire regime has been established in the Donbass region since February 15, 2015, but peace is hanging in the balance. Meanwhile, Ukrainian authorities are using the truce to regroup and increase its military potential.

There is a possibility that Kiev may use the satellite imagery to target Russia, or independence supporters in eastern Ukraine.

The Canadian government has not provided any details on the issue and refused to answer the Green Party's questions regarding the exact terms of the deal with Kiev and which foreign states were consulted on the decision to provide the Ukrainian military with Radastar-2 satellite imagery.

This information could be "injurious to international relations and the defense of Canada," the parliamentary secretary claimed.