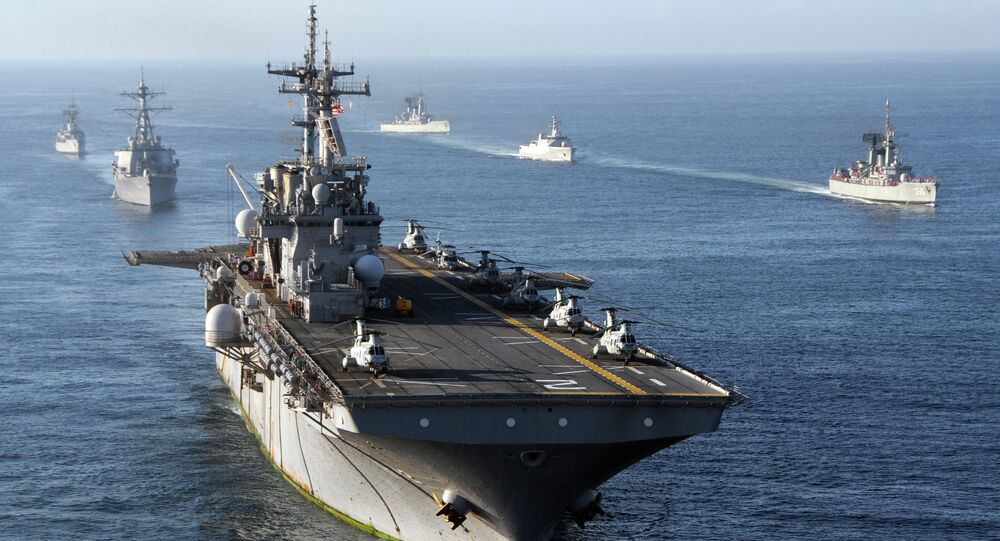 Pentagon says that the United States plans to locate in the future 60 percent of its military fleet in the Pacific-Indian Ocean area.

WASHINGTON (Sputnik) — The United States plans to locate in the future 60 percent of its military fleet in the Pacific-Indian Ocean area, the US Defense Department said in a press release.

“The newest and most capable weapons systems will go first to the [Asia-Pacific] region. When movements are completed… 60 percent of the US fleet will be in the Pacific-Indian Ocean area,” the release, published on Monday, said.

© AP Photo / Steve Helber
World Dominance? US Navy Aims For Even More Ships
The US Marines already have a rotational presence in Australia, and Washington is currently negotiating strengthening its military cooperation with the Philippines, according to the release.

The United States is also cooperating with Japan and South Korea on information-sharing agreements, and is working with Australia, Japan and India to strengthen maritime security, the release added.

“America is a Pacific power and will remain one,” US Defense Secretary Ashton Carter said in the release, noting that the United States will continue to engage with nations in the Asia-Pacific region.

On Monday, Carter begins his trip to Japan and South Korea to promote and strengthen defense relations with the countries. In May 2015, Carter will also visit Singapore and India to enhance their military partnership, according to the Defense Department.