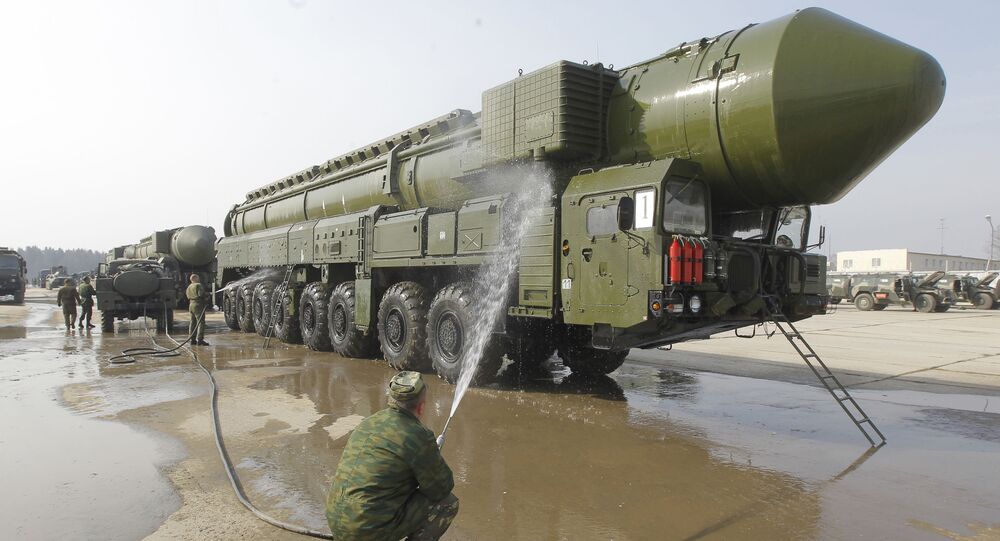 The complex inspection is carried out from March 30 to April 11 in line with the Strategic Missile Troops combat readiness training program.

© Sputnik / Ramil Sitdikov
Russia’s Strategic Missile Forces Check Combat Readiness During Drills
"During the inspection, special attention will be paid to the exercise that will be conducted under supervision of the Strategic Missile Forces Commander-in-Chief and will take place between March 31 and April 4," the statement published on Russia's Defense Ministry official website read.

The main aim of the exercise is to improve the operational performance of commanders and staff officers throughout the chain of command, and enhance practical skills within task forces, units and elements in case of an imminent threat or an actual terrorist attack, according to the statement.

The Russian Defense Ministry has announced plans to conduct at least 4,000 military exercises throughout the country in 2015.