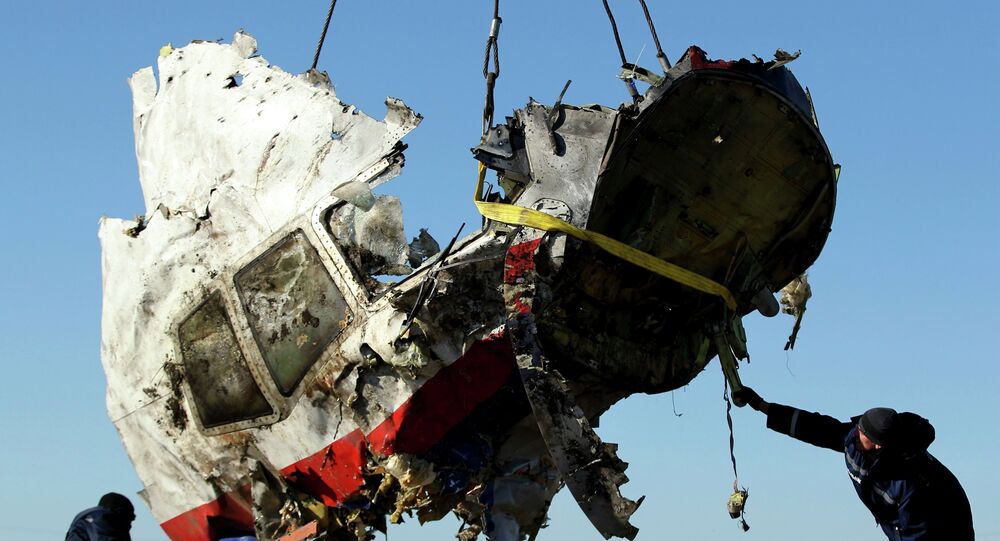 The US Central Intelligence Agency will not release an updated assessment of the Malaysia MH17 flight crash because it would exonerate the Russian government from involvement, US journalist Robert Parry, known for helping expose the Iran-Contra affair, told Sputnik.

© REUTERS / Antonio Bronic
Veteran Pilot Has 'No Doubt' MH17 Was Shot Down by Ukrainian Fighter
WASHINGTON (Sputnik) — On July 17, 2014, Malaysia Airlines aircraft Boeing 777 crashed in Ukraine’s eastern region, killing all 298 people on board. Kiev was quick to accuse independence supporters in eastern Ukraine of shooting the plane down using Russian-made missiles.

“Obviously, there have been updates they [CIA] just don’t want to say what they are,” Parry said. “I’ve been told the intelligence points in a different direction… there’s no evidence that the Russian government gave these missiles to the rebels. There’s even evidence that points to someone besides the rebels being implicated.”

Has the recent spate of airline crashes changed your attitude to air travel?
Voted: 2430
All polls
Parry said when he asked the CIA for an update they provided him with the July 22 assessment, which was released just five days after the disaster and is now over eight months old.

Reliable sources told Parry that the CIA has indeed conducted more assessments of the crash based on fresher intelligence. However, he said the CIA responded to his pleas by maintaining that there were no updates.

“They [CIA] have a great deal of intelligence on MH17. They not only had satellite images, they also had intercepts. Not giving away secrets, but the United States does have capabilities to pry into people’s phone calls and other things,” Parry stressed. “And they’ve evaluated this information. But, they won’t share it.”

On March 19, Russian Foreign Minister Sergei Lavrov said that Western media have ignored officially documented information from eyewitnesses previously obtained by Russian media and investigators, including those indicating the presence of a Ukrainian military jet in the vicinity of the doomed flight.

A final investigation report is expected to be published by the Dutch Safety Board by mid-2015.