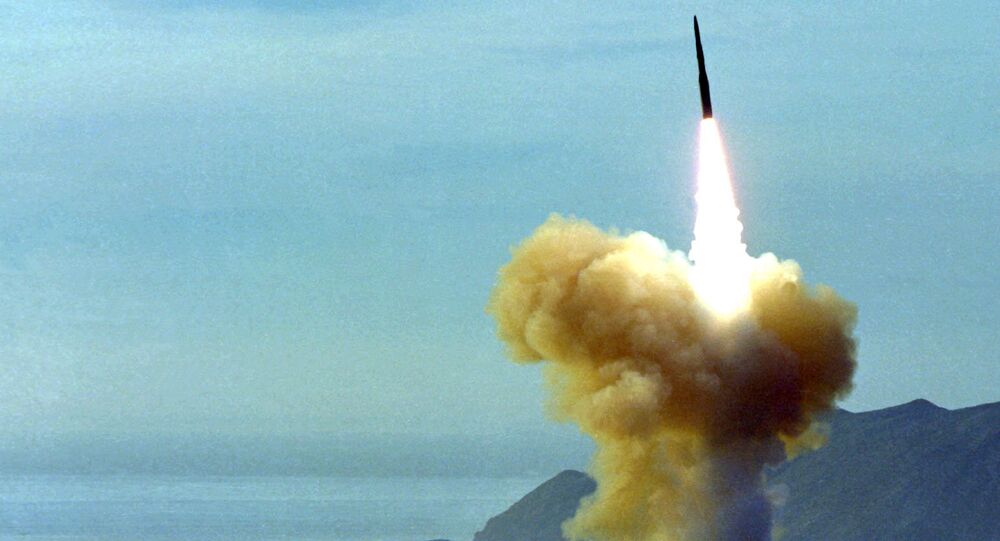 Iran to Test Intercontinental Ballistic Missile in 2015 - US Defense Agency

The US Defense Intelligence Agency (DIA) has assessed that Iran will be capable of testing an intercontinental ballistic missile (ICBM) this year, US Missile Defense Agency Director James Syring said.

WASHINGTON (Sputnik) — The US ground-based interceptors based in Fort Greely, Alaska and Vandenberg Air Force Base in California are sufficient to protect the United States homeland against “the future Iranian ICBM threat should it emerge,” Syring stated.

© Photo : Wikipedia
US Navy Spends $302Min on Trident Nuclear Missiles - Pentagon
“The DIA’s assessment is that Iran is capable of flight-testing an ICBM in 2015,” Syring told members of the US Senate Armed Services Committee on Wednesday.

“There’s not a likelihood expressed with that assessment,” Syring said, adding that the DIA will further evaluate the likelihood of an Iranian flight test in an assessment it will conduct later in 2015.

The United States has 30 ground-based interceptors deployed on its West Coast, and will be adding an additional 14 by 2017.

The United States also has 33 Aegis warships with mobile ballistic missile defense capabilities, and will upgrade to 35 ships by the end of 2016, according to the Missile Defense Agency.