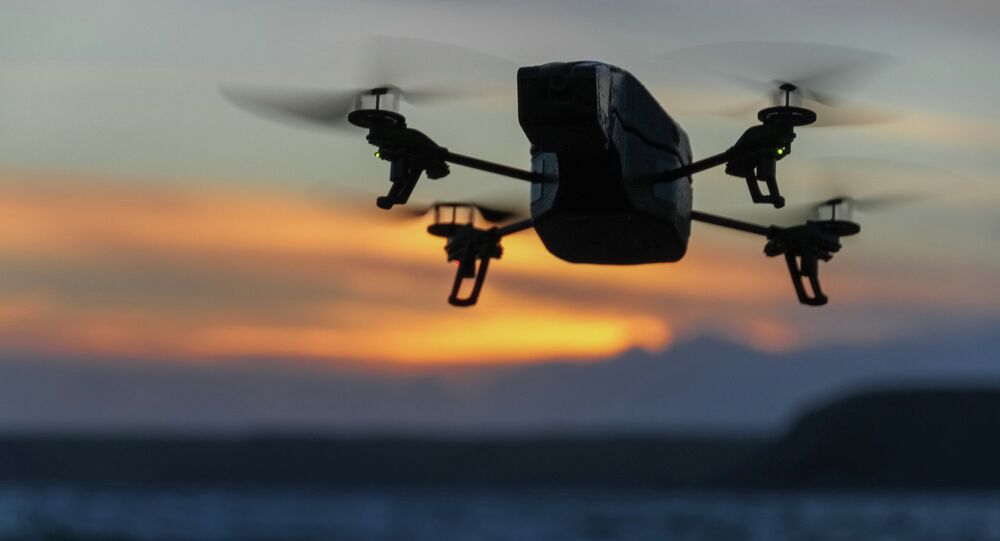 The Syrian air defense has shot down a drone near the country's largest city, Aleppo, a military source has told Sputnik.

DAMASCUS (Sputnik) – Meanwhile the Syrian Al-Watan daily newspaper reported that the downed drone belonged to Turkey and was flying above Syrian territory with the aim of gathering information on the movement of Syrian armed forces in order to later pass it on to Syrian rebels.

© REUTERS / Mohamad Bayoush
Over 1,500 Militants Attack Syria’s Idlib, 23 Civilians Killed – Source
"A small unmanned aircraft was shot down by servicemen to the north of the city of Aleppo," the source said on Tuesday.

Last week, the Syrian Army discovered the remains of a downed US-made drone in the northern suburbs of the port city of Latakia, located about 35 miles from the border with Turkey.

The Syrian army has been fighting against several opposition and rebel groups, including Islamic State extremists and the al-Nusra Front (Jabhat al-Nusra), since the start of a civil war in the country in 2011.

A US-led international coalition has been launching airstrikes against ISIL targets in Syria since September, 2014.