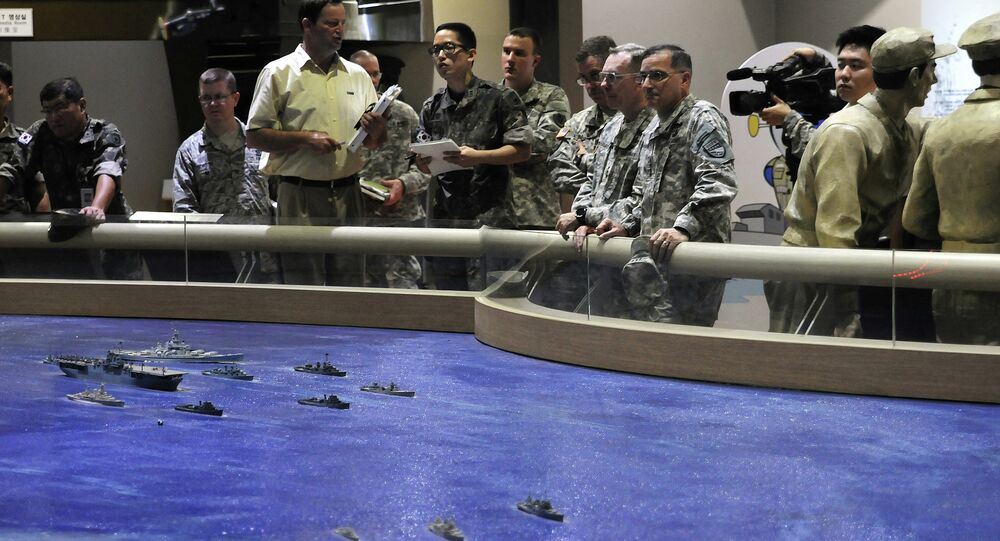 The US Defense Department stated that the North Korea 'provocation' during joint US and South Korea annual military drills was predictable.

“North Korea is somewhat predictable in its provocation during the annual military exercises held between the United States and South Korea,” US Joint Chiefs of Staff Chairman Martin Dempsey was quoted as saying in the release issued on Tuesday.

On Thursday, South Korea and the United States started joint marine military drills that engage up to 1,000 US Marines and 3,000 South Korean counterparts.

Dempsey noted that the Washington-Seoul military exercises are critical for the partnership between the two countries, and are held with “a very steady drumbeat” at the same time every year.

"They react in a provocative fashion, which of course has become somewhat predictable and reinforces the need for us to have these meetings and exercises with the frequency that we do," Dempsey added.

North Korean Ambassador to the United Kingdom Hyun Hak-bong told local media in Friday that Pyongyang was ready to launch its missile carrying nuclear warheads "at any time," and that the United States has no “monopoly” on nuclear weapons strikes.

Earlier in March, North Korea launched two short-range missiles toward the Sea of Japan. The move came amid the annual US-South Korea military exercises. North Korea stated that it viewed the drills as a probable threat, although the United States claimed the drills were of a defensive nature.