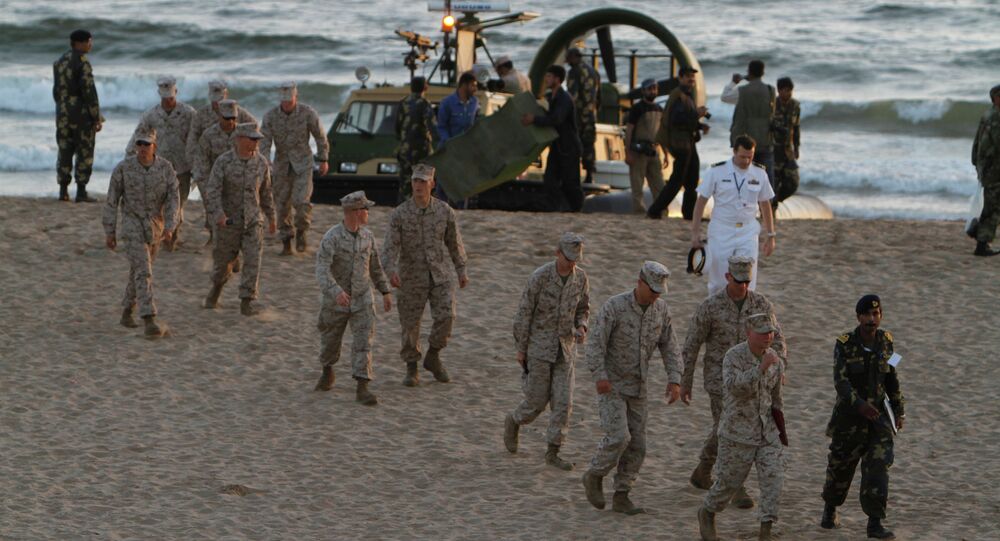 US Central Command announced that the US and Pakistan would hold a number of joint military exercises in 2015.

© Flickr / DVIDSHUB
US Halts Drawdown of Troops from Afghanistan
WASHINGTON (Sputnik) — The United States and Pakistan will conduct a range of joint military exercises starting in autumn 2015, according to a US Central Command press release.

“Pakistan and the United States have more than 100 engagements and exercises planned for the fiscal year that begins in October,” the release, issued on Tuesday, said.

The joint drills will focus on a broad spectrum of military components, including air, land, sea and special operations, according to the US Central Command.

“Planned engagements between the two countries' militaries include seminars and other forums covering a range of topics that includes counterterrorism, counterinsurgency, civil-military cooperation, intelligence,” the press release said.