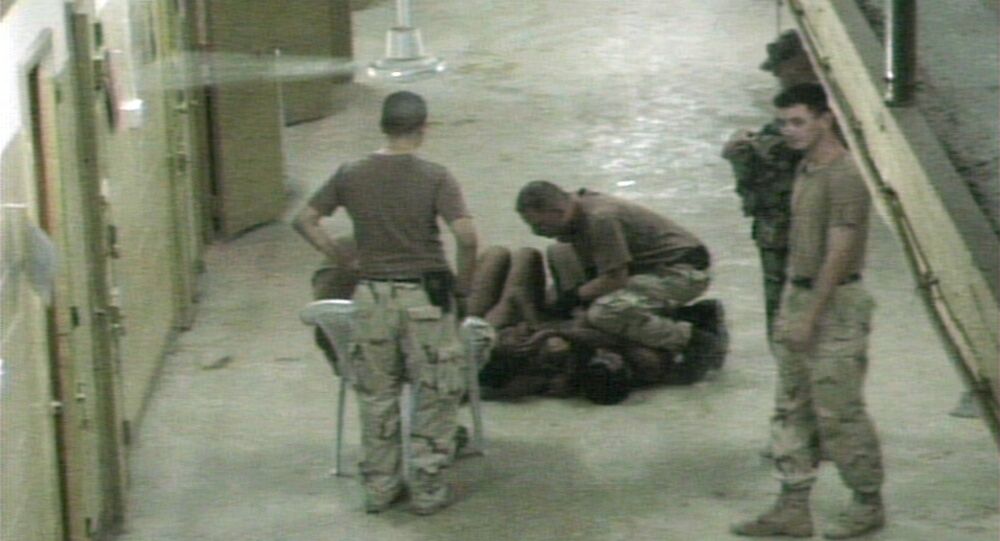 The United States government must release more photos that document abuses of detainees while in US custody at the Abu Ghraib prison in Iraq as well as other sites, according to the ruling of a federal court on Friday. The decision rejected the government's arguments that the photo’s release would put military servicemembers at risk.

The US government has been trying to prevent the release of a trove of photos of detainee treatment after reports of abuses as US-run facilities like the notorious Abu Ghraib prison made headlines starting in 2003. Those stories were illustrated with a handful of photos, some of which have become nearly iconic symbols of an abusive military presence abroad.

In 2004 the American Civil Liberties Union filed the lawsuit demanding the release of a trove of photos related to the abuses, and now counts this as a victory. In 2009, then Sen. Joe Lieberman (D-Conn.) indicated that there were nearly 2,100 more photos in existence relating to detainee abuse.

"The photos are crucial to the public record," Jameel Jaffer, the ACLU's deputy legal director said in a statement. "They're the best evidence of what took place in the military's detention centers, and their disclosure would help the public better understand the implications of some of the Bush administration's policies."

Manhattan Judge Alvin Hellerstein gave the Department of Defense 60 days to decide whether to appeal the decision.

Hellerstein's first opinion on the matter — ordering the photos' and videos' release — actually came a decade ago, in 2005. That decision was also upheld on appeal.

But in response to urging from then Iraqi President Nuri al-Maliki, who warned further images would cause unrest in his country, Congress passed a law allowing images to be kept secret if the Secretary of Defense deemed their release would  endanger American lives abroad.

In August 2014, however, Hellerstein ruled that not only had the government failed to prove that the photos' release would endanger Americans, but that the government had decided, inappropriately, to withhold all the photos as a group, instead of evaluating them individually.

© Flickr / takomabibelot
US Torture Tactics Go Global: Is Gitmo Just The Tip Of The Iceberg?

However, Hellerstein allowed the government a chance to submit more evidence to convince him of the law's validity and potential threat. This decision concludes that they have failed to do that.

If the government complies and releases the photos, the images will be in a redacted form to remove faces and identifying features.