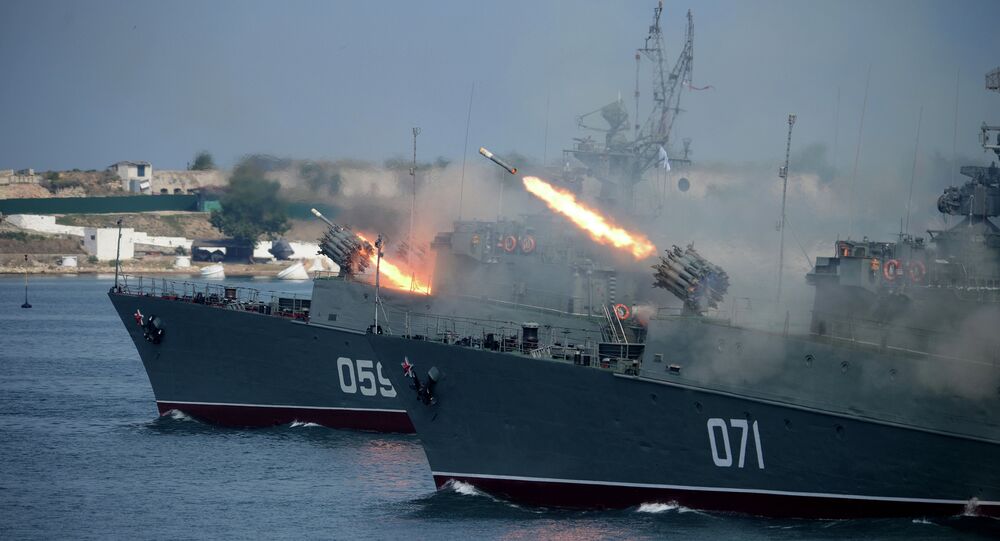 The Russian Defense Ministry reported that the Russia's Black Sea Fleet jointly with the naval aviation conducted a search for a simulated enemy's submarines in the designated areas of the Black Sea.

© Sputnik / Pavel Lisitsyn
Over 700 Russian Paratroopers Conduct Drills in Pskov – Defense Ministry
"Jointly with the naval aviation, the Pytlivy patrol ship, as well as small anti-submarine ships the Suzdalets and the Aleksandrovets, conducted a search for a simulated enemy's submarines in the designated areas of the Black Sea," the press service said.

The press service also said that a number of vessels carried out minesweeping tasks during the exercise.

Prior to that, in February, warships from the Black Sea Fleet started exercises of anti-missile defense systems and naval aviation to deflect cruise missile attacks.