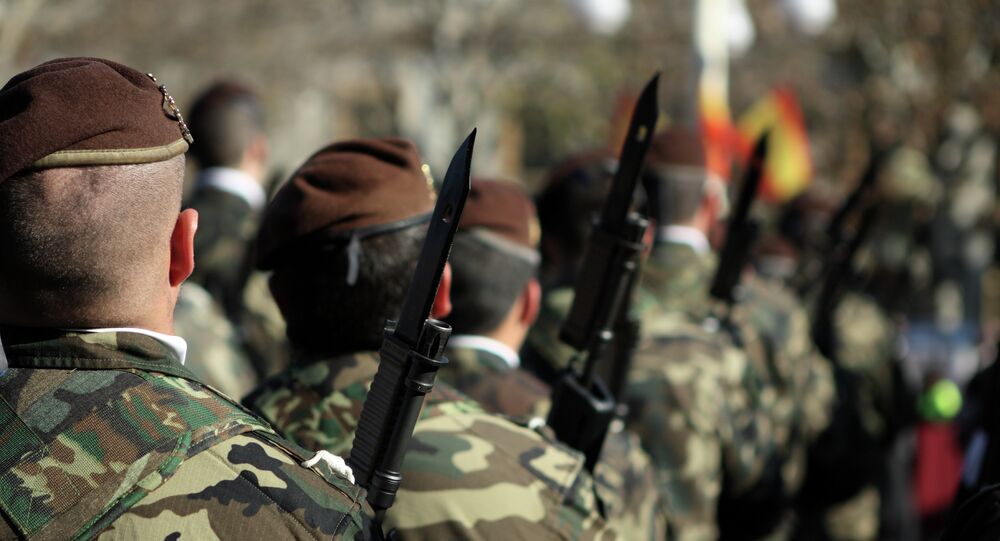 NATO Will Not Dare Attack Crimea Despite Kiev's Hopes - NGO

NATO fears a powerful military conflict and will not dare attack Crimea despite Kiev's hopes, the Administrator-General of the Eurasian Observatory for Democracy & Elections (EODE) told Sputnik.

© Sputnik / Grigoriy Sisoev
Russian Strategic Strike Bombers Deployed to Crimea for Combat Readiness Drills
MOSCOW (Sputnik), Alexander Mosesov — Despite the calls of some Ukrainian politicians to launch a military attack on Crimea with the help of NATO, the bloc is unwilling to do so, fearing a potential nuclear conflict, the Administrator-General of the Eurasian Observatory for Democracy & Elections (EODE) told Sputnik on Monday.

In October 2014, Ukraine's Parliamentary Speaker Oleksandr Turchinov said that when the Ukrainian Army becomes stronger, it will "drive the Russian troops out of Crimea."

"Nobody in NATO is ready to pay the price of this sort of war [with Russia over Crimea], which can involve a nuclear conflict and a third world war. Only the Kiev Junta, with its team of adventurous far-right and low-level politicians can dream of this sort of military aggression," Luc Michel told the news agency.

Michel claims that in summer 2014, Kiev issued "plans and aggressive maps, showing an attack of Crimea and also Kuban [region in southern Russia] by the Ukrainian Army, with the support of NATO navies."

© Flickr / Official U.S. Navy Page
NATO to Stay in Black Sea Despite Tensions With Russia - Former Commander
On March 11, 2014, Crimea and its special-status port city of Sevastopol adopted a declaration of independence from Ukraine, asking for reunification with Russia. It was followed by a region-wide referendum on March 16, 2014, and a March 18, 2014, treaty of accession between Crimea and Russia.

Western countries have refused to recognize the results of the vote, labeling Crimea's secession an "annexation."

In a speech following the referendum, Russian President Putin pointed out that it was held in full compliance with democratic procedures and international rule of law.