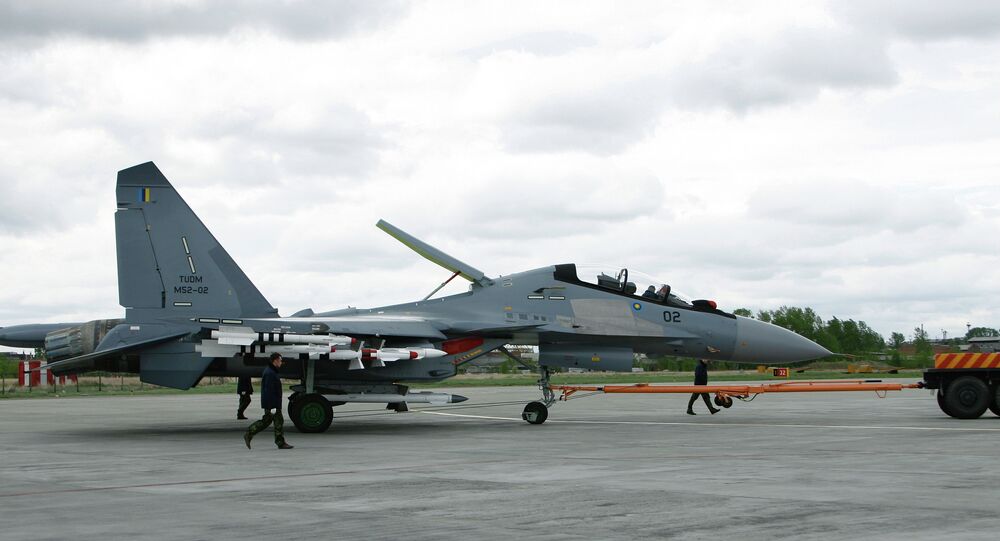 The Su-30MKM, designed specifically for Malaysia's Royal Air Force, is armed with several air-to-air and air-to-surface missiles with ranges of about 75 miles. By 2011, the country purchased 18 Su-30MKMs from Russian Irkut Corporation.

"We are currently providing after-sales service for Su-30MKM, fighters, including the supply of all necessary spare parts and repair services, as well as the supply of aircraft munitions," Vladimir Ereschenko, who is in charge of the Rosoboronexport delegation at the LIMA-2015 exhibition taking place in Malaysia, said.

Malaysia signed a $900-million contract with the Irkut Corporation for the delivery of 18 SU-30MKMs in August 2003. The country received all jets by 2011.

According to Rosoboronexport, the company exceeded its export projections by $22 million in 2014, despite being subject to Western economic sanctions, imposed on key Russian companies due to the situation in Ukraine.

Northwestern Malaysia's Langkawi hosts the biennial LIMA-2015 exhibition on March 17-21. Around 38,000 people are expected to visit the event, according to the organizers.