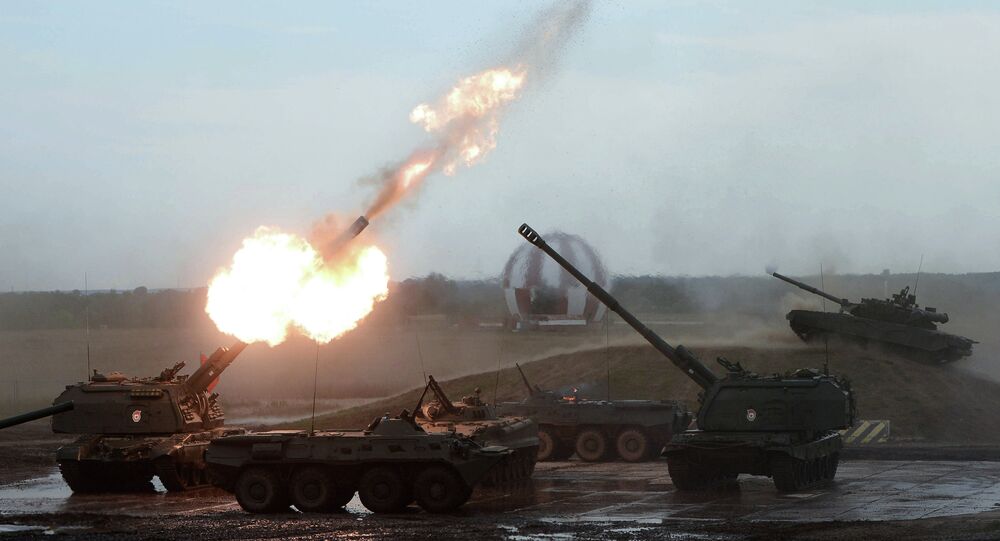 © Sputnik / Mikhail Fomichev
Putin Orders Northern Fleet to Full Alert for Combat Readiness Drills
MOSCOW (Sputnik) – More than 500 pieces of armory, as well as military and special equipment will be involved in the exercises, the service said.

“More than 1,500 military servicemen from the tank units of the Western Military District have begun tactical exercises to include live fire within the frameworks of the second stage of testing for the Center of Combat Readiness at Mulino in the Nizhegorod Region,” the press service said.

The new exercises come as NATO has been building up their military presence along Russia's western border, to Moscow's growing concern.

On Saturday, US tanks and equipment arrived in Estonia for joint military exercises, code-named Siil 2015 (Hedgehog 2015), to be staged between May 4-15, according to Estonia's mission to NATO.

Russia's Defense Ministry said in December 2014 that they were planning to hold at least 4,000 military drills across the country in 2015.

US, Poland to Conduct Military Drills in Late March - EUCOM