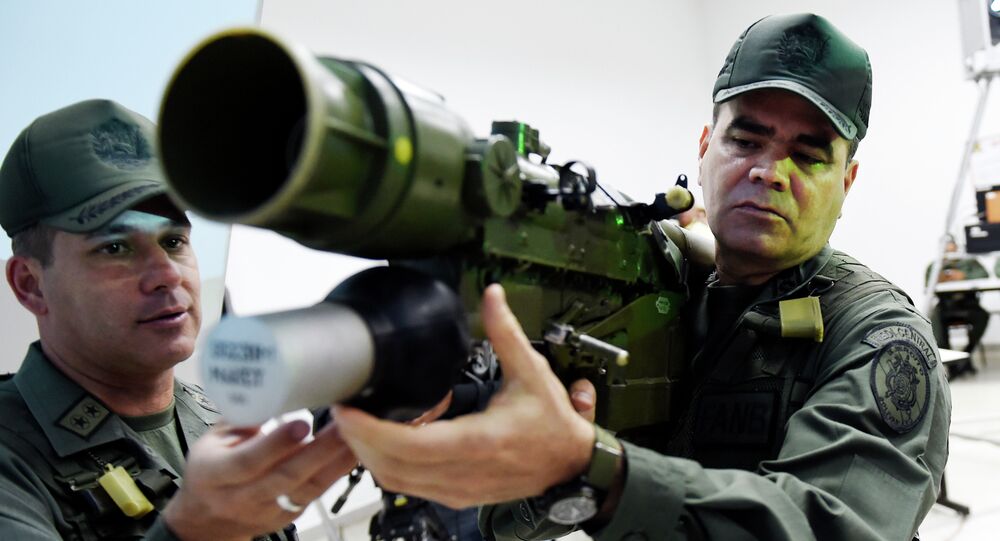 The 10-day war games have been ordered by Venezuelan President Nicolas Maduro, who spoke of pressure coming from the United States earlier this month.

The Venezuelan government has been concerned about US President Barack Obama's new executive order, published Monday, which described the South American country as "unusual and extraordinary threat" to US national security and foreign policy.

© AP Photo / Ariana Cubillos
Latin American Countries Unite Behind Venezuela in Clash With US
Around 10,000 Venezuelan troops are taking part in the massive military exercises, which also involve Chinese crews, according to Venezuela's Noticias24 website.

The drills come in the wake of a February visit by Russia's Defense Minister Sergei Shoigu, who discussed military and technical cooperation with his Venezuelan counterpart in Caracas.

Russia is actively pursuing defence cooperation with South American countries, which includes the sales of weaponry, the construction of naval maintenance and resupply facilities, as well as the occasional use of local airbases for hosting Russian strategic bombers on global patrol missions.