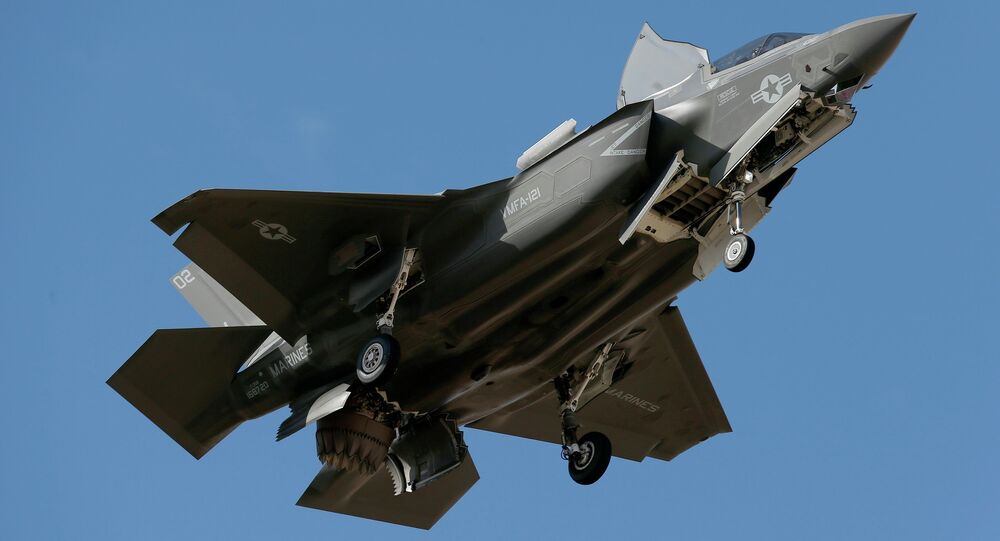 New problems - namely, false alarms from overly sensitive threat-detecting sensors - have arisen with the beleaguered F-35 aircraft, so far the most expensive, and problem-ridden, piece of military equipment in US history.

The sensors on the fighter that are supposed to detect threats — like incoming missiles — often don't know what they're detecting and are returning a high rate of false alarms, Breaking Defense reports. In addition, it is proving difficult to integrate the "threat" data into the fighter's onboard software.

In order to make the alerts more accurate, the plane's system will require highly complex sets of files — called a "threat library" — which then must be incorporated into the onboard system. Creating that "library" requires coordination of data from all across the military's intelligence community, a highly complex operation in itself.

The 2014 annual report by the director of Operational Test and Evaluation, Dr. J. Michael Gilmore concluded that, despite improvements to the software, “fusion of information from own-ship sensors, as well as fusion of information from off-board sensors is still deficient. The Distributed Aperture System continues to exhibit high false-alarm rates and false target tracks, and poor stability performance, even in later versions of software.”

Thomas Lawhead, a civilian involved in integrating the F-35 for the Air Force, agreed that the fighter's warning system “is still a little too sensitive,” and that the threat information probably won't be ready until just before the planes are scheduled to become operational.

There are different versions of the fighter being developed and the one scheduled to be operational first is the Marine's F-35B which is slated to debut in the summer of 2015. The Navy's is currently expected in 2018, if all goes well.

But if history is any guide, there's plenty of reason to believe all will not go well. Since the program to develop the fighter jet began in 2001, it has seen costs soar even as deadlines are pushed back repeatedly. Senator John McCain (R-AZ) — hardly known as an outspoken critic of the military — called the program “one of the great national scandals that we have ever had, as far as the expenditure of taxpayers’ dollars are concerned.”

In 2008 the RAND corporation — a think tank that works closely with the US military — reported on a series of war simulations involving the F-35 and their analysis was leaked to the press with its pessimistic conclusions. “Inferior acceleration, inferior climb [rate], inferior sustained turn capability,” the analysts wrote. “Also has lower top speed. Can’t turn, can’t climb, can’t run.”

New Setback: F-35s Won’t Be Able to Conduct Close-Air-Support Until 2020