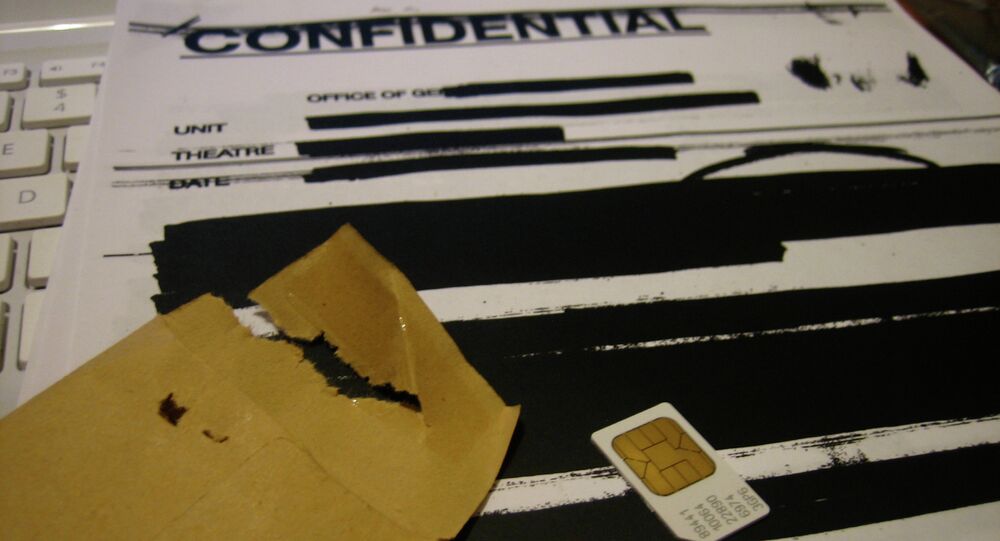 The following is background information on high-profile international espionage scandals in 2013-2015.

On February 28, Venezuelan President Nicolas Maduro said the country's security services had arrested a US pilot who had allegedly engaged in espionage in the country. According to the president, the US national was detained in the state of Tachira as he attempted to recruit people living on the Venezuelan coast and nearby villages.

On January 26, the attorney for the Southern District of New York announced the arrest of Yevgeny Buryakov, a Russian national, an employee of a Russian bank's office in New York, on two charges: working illegally for the Russian government on US soil and conspiracy. US authorities also accused Russian nationals Igor Sporyshev and Viktor Podobny, who had diplomatic immunity, of being agents for the Russian Foreign Intelligence Service, together with Buryakov. The FBI later added that Sporyshev had served as a Trade Representative for the Russian Federation in New York while Podobny had served as an Attaché to the Permanent Mission of the Russian Federation to the United Nations. They both left the Unites States.

Buryakov was officially charged with working for Russia's Foreign Intelligence Service on US soil.

On January 13, Gustavo Perez, a former director of Panama's National Security Council, was arrested on allegations of spying on political opponents under President Ricardo Martinelli. The spying scandal in the Central American country broke in December 2014. According to media reports, $13.4 million worth of surveillance equipment was bought in Israel on Martinelli"s instructions. The equipment was used for wiretapping social media, postal programs, Skype communications and cell phones. During his term in office Martinelli provided grounds for suspicion, saying that he had information on everything that was going on in the country. Another former high-ranking National Security Council official, Alejandro Garuz, whose daughter is married to one of Martinelli's sons, was also arrested in the case.

On December 31, Lithuanian authorities announced the arrest of an Air Force officer on charges of spying for a foreign state, the person who had been receiving information from him was also detained. Artūras Paulauskas, the chairman of the parliamentary National Security and Defense Committee, said it was very likely that the suspect had been passing information to Russia.

On November 1, Altynbek Muraliyev, head of the government administration's international cooperation department, was detained in Kyrgyzstan on suspicion of spying. According to Kyrgyz media reports, the high-ranking official is the son of former Prime Minister Amangeldy Muraliyev.

On October 15, Jacek Sonta, press secretary of the Polish Defense Ministry, said a Polish army officer had been detained on charges of spying for Russia. According to Radio ZET, another person was also detained – a lawyer who had dual nationality, Russian and Polish. On October 17, it was reported that the Warsaw Prosecutor's Office had charged lawyer Stanislaw Sz. (under Polish law, a defendant's family name cannot be disclosed) with spying for a third country, a charge that carries a maximum sentence of 10 years in prison.

In early July, a high-profile espionage scandal broke out in Germany. On July 4, it was reported that a German Federal Intelligence Service officer had been arrested on suspicion of gathering and passing information to US special services, including information about the activity of a parliamentary commission investigating US National Security Agency (NSA) operations in Germany. On July 9, Suddeutsche Zeitung reported another alleged espionage case. According to media reports, the suspect was a German Defense Ministry official.

Against the backdrop of the spy flap, the office of the federal chancellor restricted the Federal Intelligence Agency (BND) and the Defense Ministry's cooperation with their US partners to a minimum. In particular, the German government ordered a representative of US intelligence services at the US Embassy in Germany to leave the country.

On December 14, it was reported that Iranian law enforcement agencies had arrested a spy who had been working for Britain's Secret Intelligence Service MI6, in the city of Kerman. Head of Kerman's Revolution Court Dadkhoda Salari said the suspect had made 11 direct contacts with MI6 agencies both in and outside Iran. During those contacts the alleged spy passed sensitive information. His nationality or other details were not disclosed.

On November 7, the Korean Central News Agency said a South Korean spy had been arrested in North Korea. A press secretary for the North Korean State Security Ministry said they had detained a member of the South Korean National Intelligence Service. At first the detainee said that he was a Chinese national but later acknowledged that he had arrived in North Korea illegally from a third country. A preliminary investigation showed that the detainee had engaged in espionage in countries bordering North Korea for six years, working undercover as a religious missionary.

On the night of May 13-14, Russian Federal Security Service (FSB) counterintelligence agents detained Ryan Christopher Fogle, a career officer for the Central Intelligence Agency who worked under the cover of third secretary at the Political Department of the US Embassy in Moscow, as he attempted to recruit a Russian security officer. He was carrying special technical equipment, written instructions for the Russian citizen to be recruited, a large sum of cash, wigs and dark glasses. The detainee was taken to an FSB office, and after formal procedures was handed over to US Embassy representatives.

On February 8, a Canadian court sentenced Jeffrey Paul Delisle to 20 years in prison for selling secrets to Russia. Sub-Lt. Delisle was arrested in January 2012. The Halifax navy intelligence officer, 41, was charged under the Security of Information Act. The law was passed in December 2001 following the 9/11 terrorist attacks in the United States. He pleaded guilty to the charges.