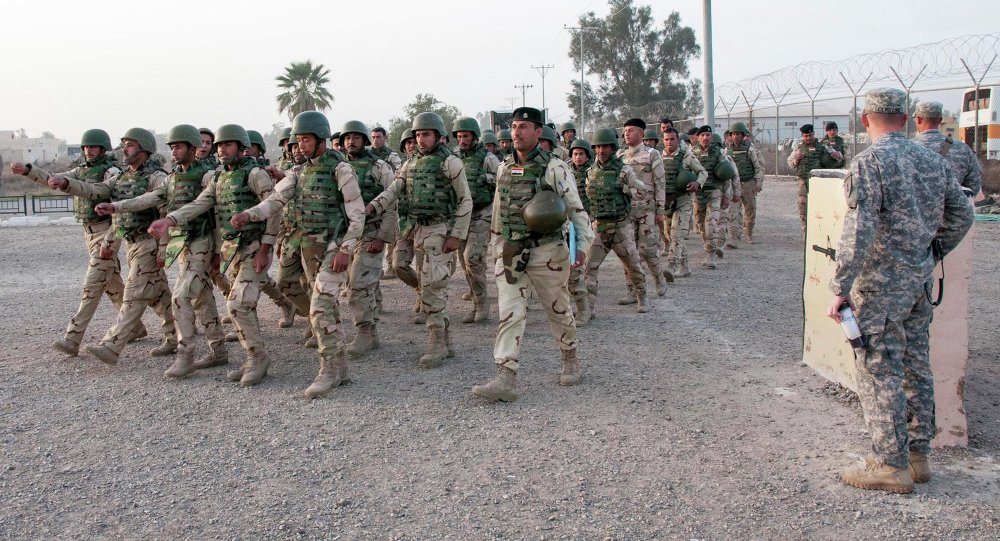 Iraqi military units, trained and armed by the United States, are being investigated by the Iraqi government for atrocities such as torture, extrajudicial execution of prisoners and the killing of civilians, ABC News reports.

The units are considered an essential part of the fight against the Islamic State but gruesome videos and photos have emerged of members of some of the country's elite military units committing the same types of atrocities as the terror group they are meant to be combating.

The photos and videos have been shared in what ABC News referred to as "the dark corners of Iraqi social media," and have sparked an investigation into potential war crimes.

“As the ISF [Iraqi Security Forces] and militias reclaim territory, their behavior must be above reproach or they risk being painted with the same brush as ISIL [Islamic State] fighters,” the US government told ABC News in a statement. “If these allegations are confirmed, those found responsible must be held accountable."

Some Iraqi units have already been denied continued US assistance over allegations of human rights violations which the government considered "credible," according to a senior military official on the Pentagon's Joint Staff.

Under a US law named for democratic Senator Patrick Leahy (VT), the US must cut off funding to any foreign military body when there is “credible evidence” that they've violated human rights.

"I would say that involves the Leahy Law," Leahy told ABC News as he was shown the images. “And I'd argue that we should be withholding money."

The US is currently spending about $1 billion in weapons to Iraq and is providing trainers to strengthen the Iraqi military in the fight against IS.

Instagram/ABC News
A detainee appears to be dropped or hung by the neck from what looks like a military base guard tower.

Even experienced investigators of human rights violations were surprised at the visual evidence collected in the social media videos and photos.

"Usually when forces commit such crimes they try to hide them. What we are seeing here is a brazen, proud display of these terrible crimes," Sarah Leah Whitson, Middle East Executive Director at Human Rights Watch, told ABC News after viewing the images.

One of the more disturbing findings among the images was the display of severed heads of the dead, including one of a head strapped to the front of a Humvee.

"You don’t behead someone and place their head on the front of your Humvee. That’s unacceptable — because it’s a war crime. And it’s an atrocity," retired U.S. Army Special Forces Lt. Col. James Gavrilis told ABC News.

Both US and Iraqi agencies are trying to authenticate the images, and are also investigating whether the images could be staged propaganda, created by the social media-savvy IS to undermine Iraqi forces.

"It does not look like ISIS propaganda at all," Gavrilis said. "I don’t know how we could support them, if they are spearheading a lot on the front lines alongside these militias, and if they are conducting these kinds of atrocities as well… These Shi’a militias are just as barbaric as ISIS."