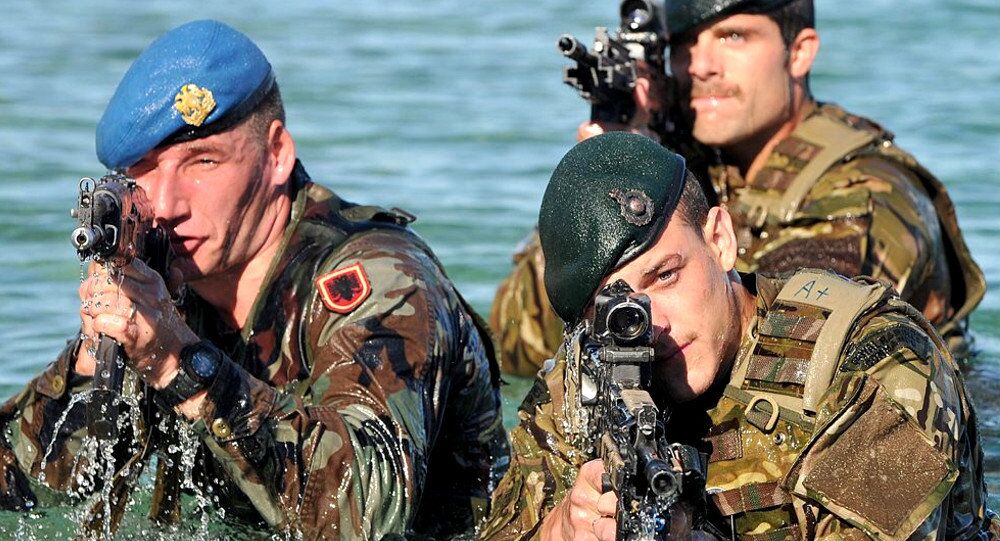 British Defence Secretary Michael Fallon has said that the UK would remain committed to playing a leading role within NATO, together with the US, despite criticism from the United States that the UK is set to undershoot its defence spending target.

Fallon was speaking at the Center for Strategic International Studies (CSIS) in Washington, DC, the day after Samantha Power, the American ambassador to the United Nations, warned of a "dangerous" gulf emerging between what the United States is spending on defence and what Europe is.

Britain is currently maintaining the NATO target of spending 2% of its GDP on defence, but it is likely to undershoot that in the next parliament as pressure grows to cut the national deficit. There are fears among defence experts on both sides of the Atlantic that Britain will no longer have the hardware capability to support US-led military operations.

In a stinging attack, General Raymond Odierno, the Chief of Staff of the US army, told the New America Foundation's "Future of War" conference he was "very concerned" about the level of defence cuts in Britain.

"We have a bilateral agreement between our two countries to work together. It is about having a partner that has very close values and the same goals as we do. What has changed, though, is the level of capability."

However, speaking on a visit to Washington ahead of meeting with US Defense Secretary Ashton Carter, Fallon said the cuts to military spending will not hinder Britain's ability to work with the US on foreign missions.

Fallon told the CSIS in Washington that Britain was still the United States' strongest ally. "The UK, like the US has no intention of lowering its guard. We should play to our strengths: our partnership with long-standing allies and friends and our capacity for innovation.

"In NATO we are one of only four countries already meeting the 2% target. We exceed comfortably the requirement to spend 20% on new equipment," Fallon said.

“NATO needs to make clear to Pres. Putin that it is ready to respond”-UK’s Sec. of Defence Michael Fallon | #CSISLive http://t.co/U7yCwwcY6t

He announced a £286 million investment on the next generation submarines to replace the Vanguard class boats armed with nuclear-powered ballistic missiles, as part of the Trident replacement programme.

Fallon and Carter were due to discuss a range of security and intelligence matters, including Ukraine, the fight against ISIL in Syria and Iraq, as well as Britain's 2015 Strategic Defence and Security Review (SDSR), which will be led by whichever government succeeds in the May general election.

According to Chatham House, the Royal Institute of International Affairs, with unfinished business from its 2010 predecessor, and with any government being forced to continue a policy of austerity, the 2015 SDSR is set to be more complex and contentious than any government might have hoped. There is a possibility that the review will, yet again, see the three UK armed services struggle against each other to secure the largest slice of a diminishing cake.