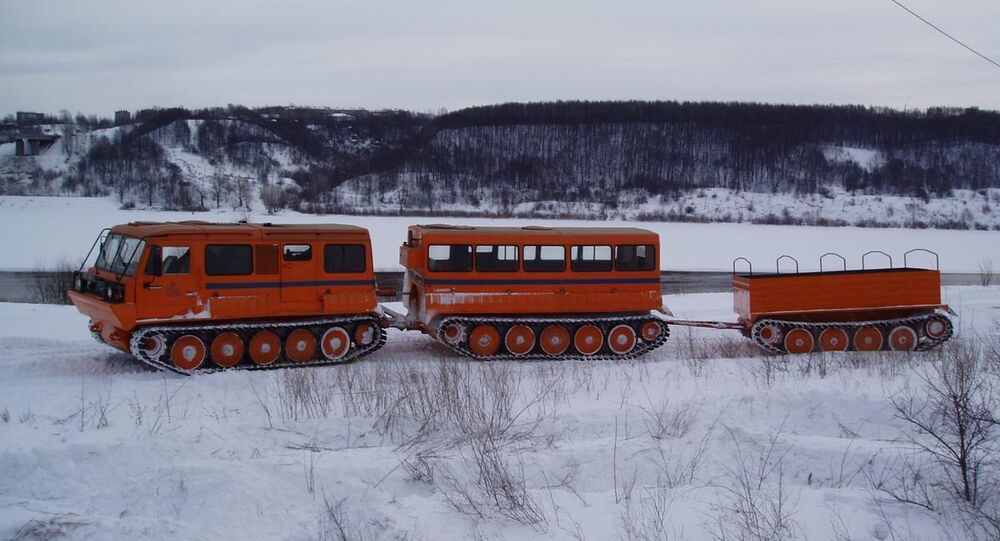 Russia's northern fleet has received the first of its new all-terrain tracked vehicles, which are able to transport cargoes of up to 4,000 kg through off-road conditions, fresh snow and swamps.

© Sputnik / Igor Zarembo
Missile Forces Drills From Baltic Fleet Kick Off in Russia's Kaliningrad
The Russian Arctic Fleet has taken delivery of the first of its new all-terrain snow vehicles, the Russian Ministry of Defense has announced, which are able to transport up to 16 people, or cargoes with technical equipment of up to 4,000 kg.

The TTM-4902PS-10 is comprised of two compartments, to the front and back of the vehicle. The front section, where the power module is located, can hold six people, while the back section can carry another ten people, or be transformed for use as a medical unit, command post, or sleeping area.

The vehicle, which underwent testing in harsh conditions in the Murmansk Region north of the Arctic Circle before entering into service, is able to operate in temperatures ranging from —50°C (-58°F) to 50°C (122°F), and is capable of overcoming obstacles up to 1.8 meters in height.