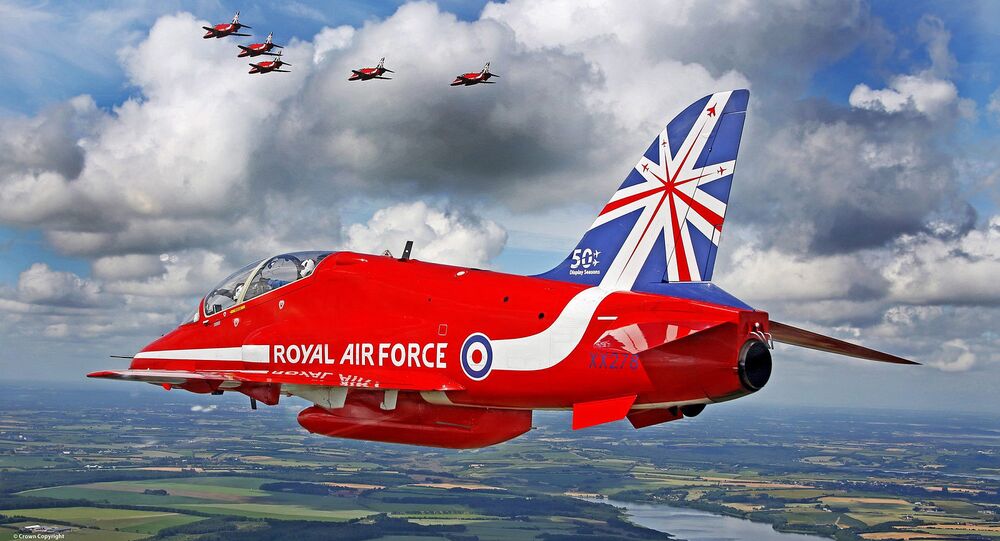 A former British defence chief who has called for his serving colleagues to "resign en masse" if the next government tries to impose any further cuts on the armed forces, is being paid by a defence industry company with interests in increasing military spending.

Air Chief Marshal Sir Michael Graydon told the UK National Defence Association (UKNDA) campaign group, the current service chiefs could face a "very, very difficult decision" if they are confronted with the prospect of further cutbacks after the general election in May.

He warned that they could not carry on pretending they had the resources they needed. Asked directly if they should tender their resignations if they were ordered to make further cuts, he said: "Yes".

Sir Michael, who was a fast jet pilot in the 1960s and went on to become Chief of the Air Staff from 1992 to 1997, has been a non-executive director of Thales plc and now lists himself on LinkedIn as a "Director/Consultant" with the French-based defence company.

Thales is a major player in the defence industry with revenues of €14.2 billion with 65,000 employees in 56 countries. His close links with the defence industry suggest he is no impartial observer when it comes to lobbying the British Government for more spending on defence.

NATO Pumps up the Volume

His comments come amid a stream of similar remarks by former defence chiefs reacting to reports that Britain's commitment to spend 2% of its GDP on its membership of NATO is coming under severe pressure as the government grapples with spending cuts and ballooning military budgets.

NATO sets a target of 2% of GDP to be spent on the defence alliance and Britain is one of only two countries currently meeting that target; the other being the US.

Last week, the former head of Britain's international spy outfit MI6, Sir John Sawers, warned that spending on military assets needed to be increased. Yet, he too, has taken up the chairmanship of a private spy and intelligence company, which has interests in upping the ante over global military affairs.

Sir John — who was Chief of the Secret Intelligence Service MI6 until as recently as November 2014 — is a partner and chairman of Macro Advisory Partners, a company that says it "provides leading investors, corporations, and governments with the strategic insights required to navigate the intersection of global markets, geopolitics and government policy in a volatile and complex world".

NATO Secretary General Jens Stoltenberg, who took up office in October 2014, was quick to demand more military spending within the US-dominated organisation.

"NATO's most important task is to protect and defend our nations against attack. Article 5 of the North Atlantic Treaty remains the cornerstone of our Alliance. We will uphold our commitment."

"And we will defend our Allies. So we need a strong NATO. Strong as a political Alliance. And strong as a military Alliance. A NATO with a collective defence where each Ally plays its full part and fulfils its responsibilities. To be strong, NATO must remain ready. Ready to take decisions.  And to adapt as challenges emerge," he said.