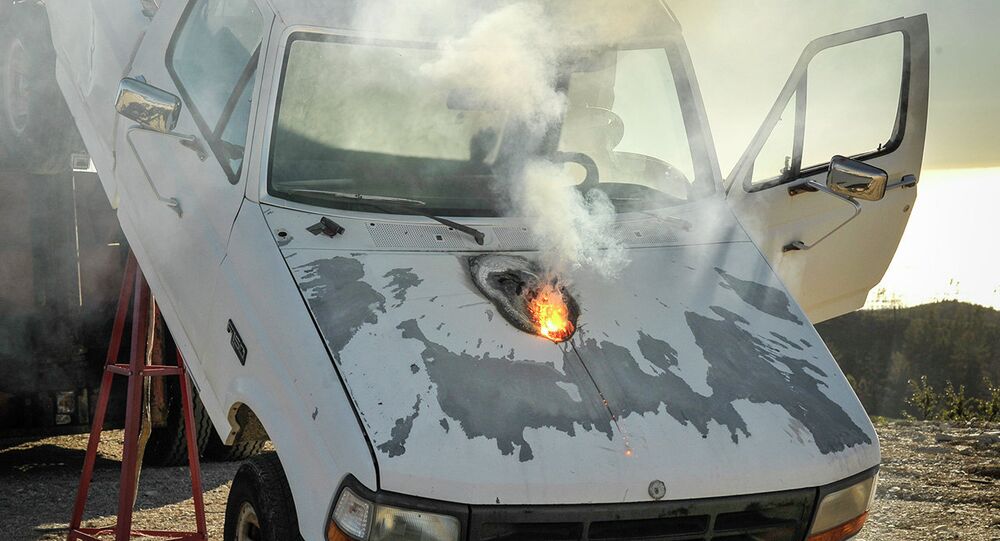 Lockheed Martin successfully tested a laser weapon system known as ATHENA to disable a truck from more than a mile away.

WASHINGTON (Sputnik) — Lockheed Martin successfully tested a laser weapon system known as ATHENA to disable a truck from more than a mile away, the US defense contractor said in a statement.

© Flickr / UK Ministry of Defence / Cpl Neil Bryden RAF
US Army Awards Lockheed $82Mln for Apache Helicopter Targeting System
The ATHENA ground-based prototype laser burned through the truck’s engine in seconds from a distance of more than one mile (1.6 km).

Lockheed Martin is investing in the development of high-powered fiber-optic laser weapon systems to provide to US aircraft, helicopters, ships and trucks, the statement added.