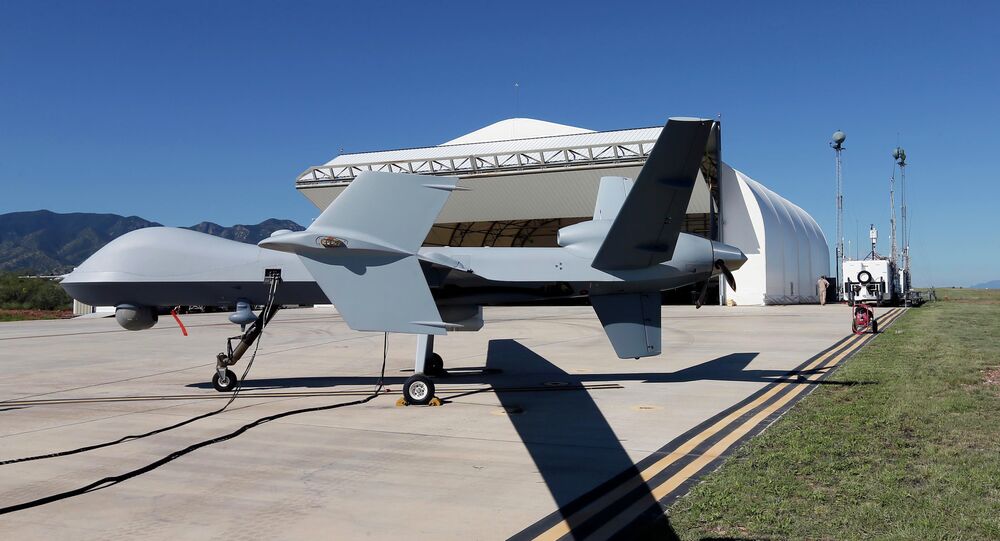 The US defense company General Atomics Aeronautical Systems and the Spanish engineering company SENER agreed to use the multi-mission Predator B drones to help Spain’s airborne surveillance and reconnaissance.

© Flickr / US Air Force
Swedish Police Testing Drones As a Part of Law Enforcement Toolkit
WASHINGTON (Sputnik) — The US defense company General Atomics Aeronautical Systems (GA-ASI) and the Spanish engineering company SENER reached a teaming agreement to use the multi-mission Predator B drones to help Spain’s airborne surveillance and reconnaissance, General Atomics announced in a statement.

“GA-ASI is fully committed to working with Spanish industry [SENER], as we believe this program’s success requires local industry partnerships that provide collaborative innovation in enhancing the capabilities of Predator B for the Spanish government,” the statement, issued on Monday, said.

© Wikipedia
US Hides Civilian Casualties From Drone Strikes in Mid East- Anti-War Group
The Predator B drone will fly over one million hours and provide the Spanish government with situations awareness, safeguard borders and maritime approaches, support military missions globally and save lives in nature disaster-affected areas, the statement said.

Anti-War Group to Start Campaign Against US Killer Drones Operations