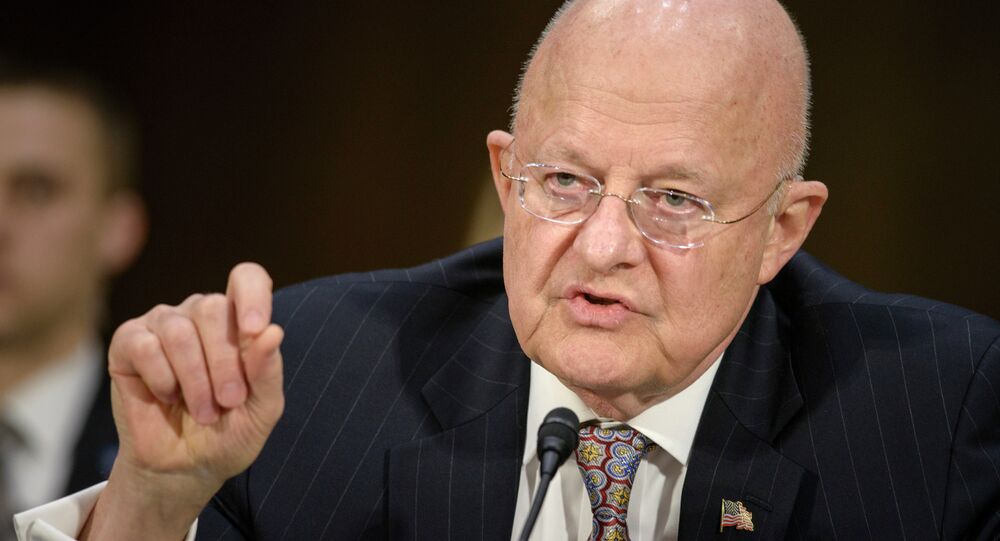 US director of national intelligence James Clapper said the provision of lethal weapons to Ukraine would 'bolster their resolve and morale'.

© Sputnik / Nikolay Lazarenko
US to Deploy Six National Guard Companies to Ukraine This Week
NEW YORK (Sputnik) – Providing arms to Ukraine's government in Kiev would "bolster their morale" in military confrontation against the eastern independence supporters, the US director of national intelligence, James Clapper, said.

"I have been an advocate for arming them with lethal defensive weapons, more to bolster their resolve and bolster their morale," Clapper told the Council on Foreign Relations, a New York think tank Monday.

"This is not company policy, this is just me, Jimmy Clapper, speaking. And this is something in deliberation right now among the policy community," Clapper said

© Flickr / Program Executive Office Soldier
Russia Slams Finland for Decision to Supply Laser Rangefinders to Kiev
The United States has been providing Kiev with economic and non-lethal military support since the beginning of a military operation against independence fighters in Ukraine's east regions of Donetsk and Luhansk last April.

US authorities are considering the supply of lethal weapons to Ukraine, but the December US Congress legislation that authorized $350 million to arm Kiev forces has not been enacted by US President Barack Obama.

Kiev and the independence supporters signed a deal last month stipulating ceasefire, yet both sides reported numerous violations of the truce. The conflict in eastern Ukraine started last April, and has claimed more than 6,000 lives according to the UN.