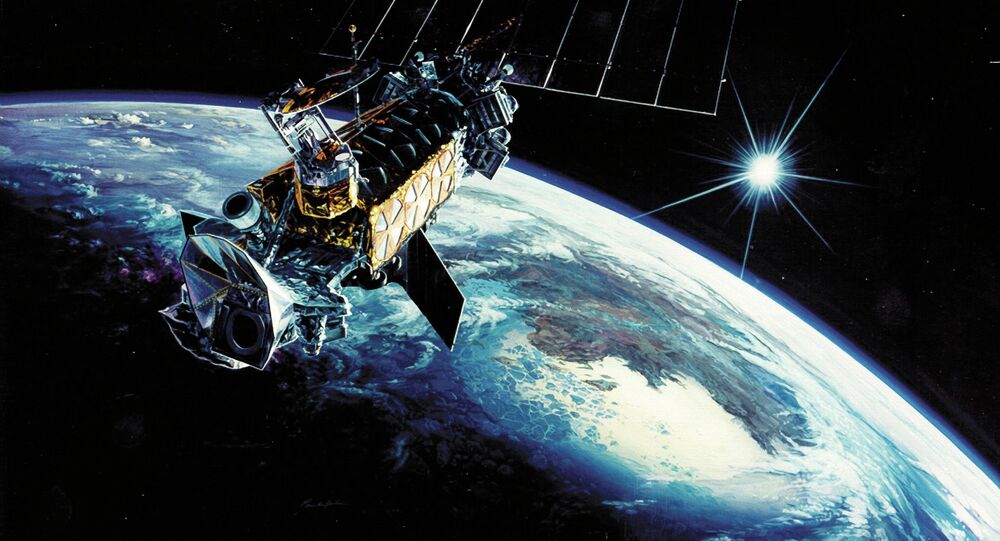 US Military Satellite Explodes, Sending Chunks of Debris Into Orbit

After detecting what has been described as a “sudden spike in temperature,” a 20-year-old weather satellite used by the US military exploded, sending dozens of chunks of debris hurtling into Earth’s orbit.

According to the US Air Force, the ageing Defense Meteorological Satellite Program Flight 13 (DMSP-F13) was said to have suffered a “catastrophic event” and exploded into 43 unsalvageable pieces.

CelesTrak, a civilian company, was the first to notice the explosion of the DMSP unit, which the Air Force then confirmed was lost.

DMSP-F13 was launched in 1995, and was the oldest operational satellite in the DMSP weather constellation.

Air Force Space Command told SpaceNews that the “catastrophic event”  happened after “a sudden spike in temperature,” followed by “an unrecoverable loss of attitude.”

“Because this satellite was no longer used by the National Weather Service or the Air Force Weather Agency, the impact of the loss of this satellite is minimal,” the Air Force told SpaceNews. “We anticipate real-time weather data for tactical users will be slightly reduced without this satellite, but its data was not being used for weather forecast modeling.”

Operators found a debris cloud indicating the satellite had been destroyed.

Air Force Col. John Giles, the Joint Space Operations Center’s director, told SpaceNews.com: “While the initial response is complete, JSpOC personnel will continue to assess this event to learn more about what happened and what it will mean for users within this orbit."