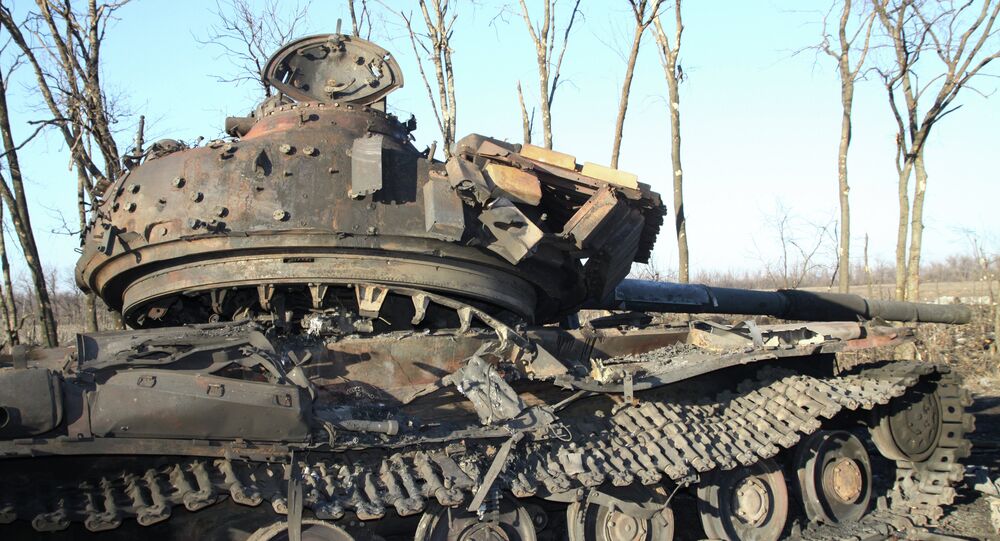 Tanks Made in Ukraine Cannot Take a Hit

Ukrainian T-64 tanks made in Kharkiv have serious manufacturing defects that decrease their ability to take a hit.

There is one noticeable thing, when you look at the losses of the Ukrainian army in Donbas – there is a large number of destroyed tanks with strange, uncharacteristic damages on their hulls, Latvian Vesti.lv reports.

When Ukrainian tanks get hit, their top turrets tear away and their hulls receive severe damages, sometimes with welding seams easily breaking apart.

“In Ukraine, hulls of T-64 tanks are often severely damaged, with entire pieces of armor plucked out, and you can see that the damage is done along welding seams of the hull, while the rest of the armor plates left out bent. The most obvious explanation to the damages of Ukrainian armored vehicles is the poor quality of manufacturing.” – the Latvian source said.

Broken tanks and fighting vehicles of the Ukrainian army. pic.twitter.com/csL0ghxhxH

These T-64 tanks were manufactured at a factory in Kharkiv. Since a large amount of these tanks have similar damages, it would be safe to assume the tanks had some technological defects during the manufacturing stage that resulted in the decrease of their armor.

Meanwhile, same T-64 tanks that were made during the Soviet Union were used in many battles, but they have never had their hulls torn to pieces, Vesti reports.