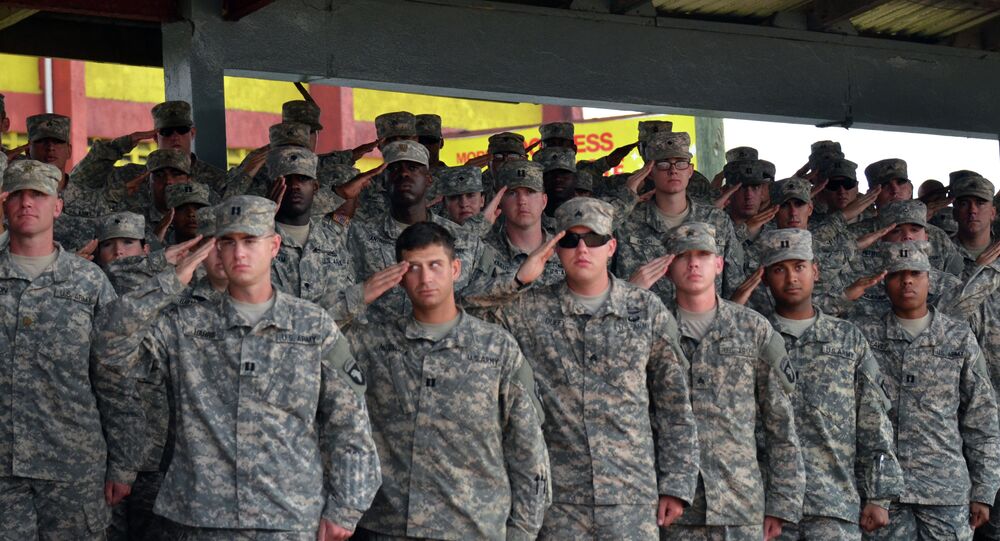 © AP Photo / Abbas Dulleh
Human Clinical Trials Begin for ZMapp Ebola Vaccine in US, Liberia
WASHINGTON (Sputnik) — The US 101st Airborne Division ended Operation United Assistance that provided support to ongoing efforts to prevent the Ebola epidemic from spreading in Liberia, the US Department of Defense said in a statement.

“The 101st Airborne Division cased its colors during a ceremony yesterday at the Barclay Training Center here [in Liberia], marking the end of Operation United Assistance for the Joint Forces Command,” the statement said.

The ceremony signified the completion of a five-month deployment to Liberia in support of the US Agency for International Development-led mission to contain the Ebola epidemic.

Volesky explained that the US military established in Liberia four Ebola mobile testing labs and treatment centers, and trained 1500 healthcare workers. All construction tasks, healthcare worker training and logistical sustainment operations to contain Ebola have been transitioned to reliable partners, he added.

The logistics bases were built to allow for closer access to supplies to continually supply the Ebola testing lab operations and Ebola treatment units, according to the statement.

The US 101st Airborne division is based in Fort Campbell, Kentucky, and its component in Liberia was comprised of engineers, medical personnel, logisticians, and other specialties, the statement said.