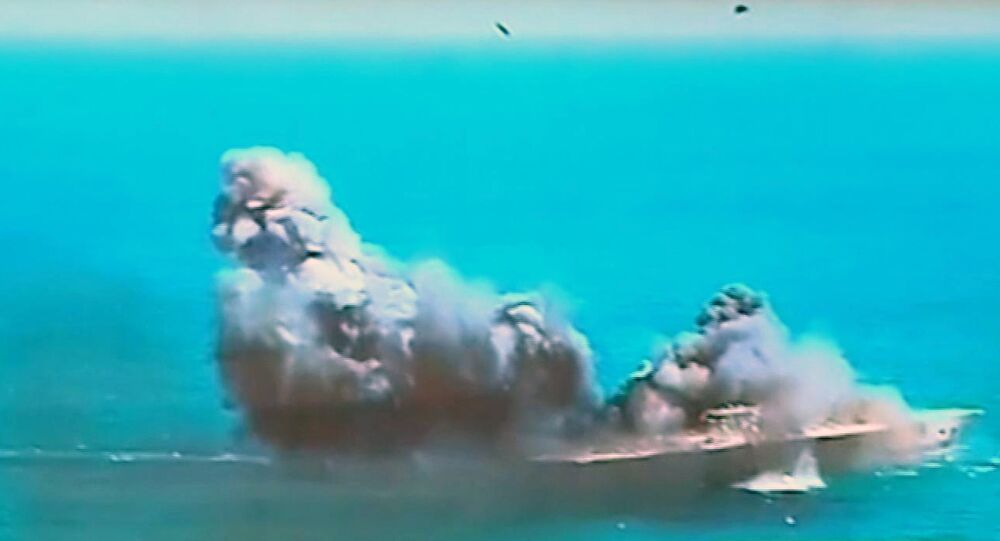 US Senator Mark Kirk stated that the United States should not offer nuclear concessions to Iran following Tehran’s military exercise to destroy a US aircraft carrier and its crew.

WASHINGTON (Sputnik) — The United States should not offer nuclear concessions to Iran following Tehran’s military exercise to destroy a US aircraft carrier and its crew, US Senator Mark Kirk said in a statement.

“While Iran practiced a military strike today to kill a US aircraft carrier and its over 5,000 crewmen, the administration keeps offering ever more dangerous nuclear concessions to Iran in negotiations,” Kirk’s statement, issued on Wednesday, read.

© AP Photo / Iran TV
Iran Sinks USS Nimitz Life-Size Model in Strait of Hormuz Naval Exercise
Earlier in the day, a video appeared on YouTube in which Iran’s Guard Corps forces practised attacking and destroying a replica of a Nimitz-class US aircraft carrier.

“We should never forget that the Iranian terror state, working with Hezbollah and other Iranian proxies, has killed more Americans than the Islamic State,” Kirk concluded.

Tehran's nuclear program has long been a point of concern for the United States and the international community. The UN Security Council and a number of countries have imposed several rounds of sanctions on Iran, having accused the country of developing nuclear weapons.

Iran has repeatedly rejected those claims, stating that its uranium enrichment program is for peaceful purposes only.

Iran and the P5+1 group, comprising the United States, Russia, China, France, the United Kingdom and Germany, have held several rounds of talks to reach an agreement on country's nuclear program in recent years, but with limited results. A long-term deal should be reached by July 2015.