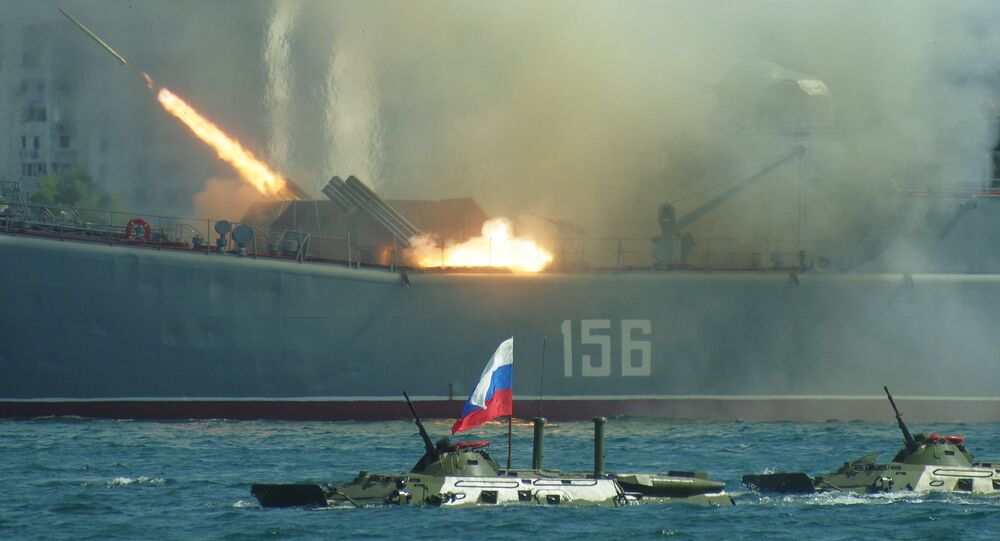 During the exercises a Su-30 (Flanker) multirole jet fighter is simultating the course of a cruise missile.

The naval exercises include four anti-ship cruisers and anti-missile ships.

In late October 2014, a military source told RIA Novosti that Russia had created a full-fledged air defense system in Crimea. The source said that the air force stationed in Crimea is capable of quickly and effectively responding to potential air attacks.

Moscow has repeatedly expressed concern over NATO's expansion toward its eastern borders.