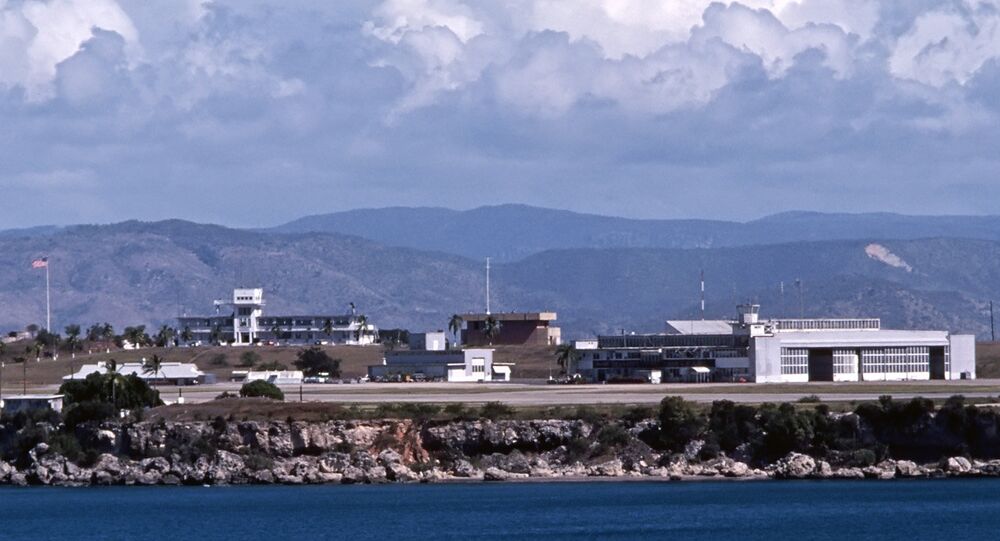 According to a press release issued on Friday by US House Committee on Foreign Affairs, US congressmen sent a letter to US President Barack Obama urging him to keep control over the US naval base at Cuba’s Guantanamo bay.

© REUTERS / Bob Strong/Files
Guantanamo Bay Naval Base to Remain Open Despite US-Cuba Thaw
WASHINGTON (Sputnik) — High-ranking US congressmen sent a letter to US President Barack Obama urging him to maintain control over the US naval base at Cuba’s Guantanamo bay, according to a press release issued on Friday by US House Committee on Foreign Affairs.

“Cuban President Raul Castro recently told the Community of Latin American and Caribbean States that it would not be possible for Cuba to normalize relations with the United States until we transfer this critical military asset to Cuba. These demands should be rejected, and the United States should maintain control of this base for the foreseeable future,” the letter said as quoted in the press release.

© AP Photo / Bill Gorman
Guantanamo Bay Naval Base Commanding Officer Fired Due to Distrust
Chairman of the US House Foreign Affairs Committee Ed Royce and Chairman of the House Armed Services Committee Mac Thornberry said in a letter that they are very concerned about the Obama Administration’s possible negotiations over the future of US Naval Station Guantanamo Bay without consulting US Congress, according to the release.

“When it comes to this critical military asset, we ask that the Administration refrain from negotiating the status of Naval Station Guantanamo Bay with the Castro regime,” the congressmen said in the letter.

In late January, Cuban President Raul Castro called on the United States to return the territories of the Guantanamo Bay, including the military base located there. However, the White House stated that Guantanamo naval base should not be closed, unlike the controversial US prison in Cuba.