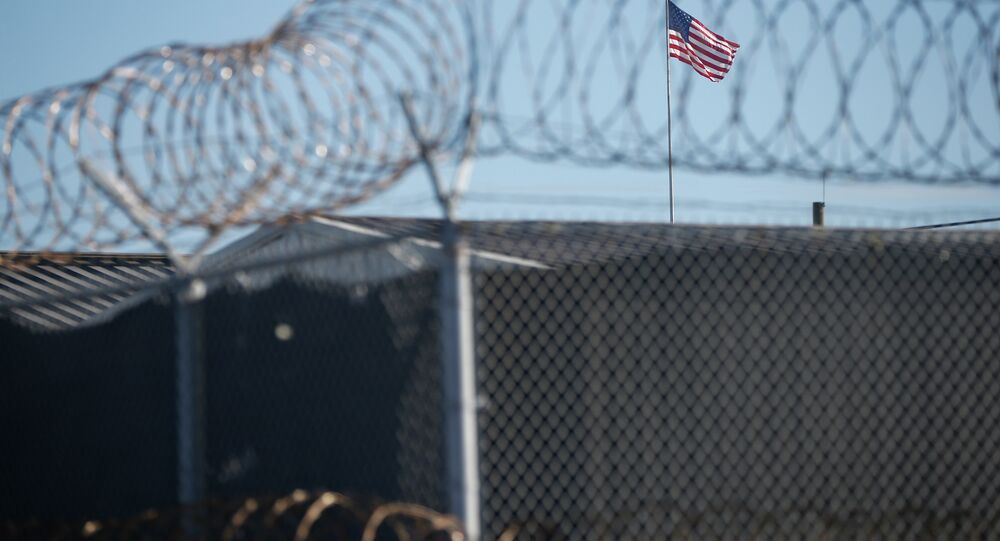 A lawyer for a Guantanamo detainee accused of being involved in the 9/11 attacks alleged Thursday that his client is being mistreated at the facility and may have developed colon cancer as a result.

Walter Ruiz’s client is Mustafa al-Hawsawi, 46, a Saudi national charged in the Sept. 11, 2001 attacks. He and his client appeared for a pretrial hearing where Ruiz made the charges of abuse and withholding proper medical care for his client. He asked the judge, Army Colonel James Pohl, to allow questioning of Hawsawi’s doctors and a review of his medical files, Reuters reported.

In particular Ruiz blamed “excessive rectal exams” for Hawsawi’s deteriorating health, which he said showed signs of possible colon cancer that may be going undiagnosed. Hawsawi had recently lost a lot of weight and blood had appeared in his urine, said Ruiz, and Hawsawi sat on a cushion during the hearing due to pain.

Attorneys for the prosecution countered that Hawsawi’s health problems could be due to an altercation in 2003 when he was being held at Camp Seven, the secret Guantanamo detention area for former prisoners of the Central Intelligence Agency.

The accusations of abuse tantamount to “torture,” in Ruiz’s words, sparked arguments about how the 122 inmates left at the Cuban base should be treated: according to US Standards or international law.

“Constitutional rights do not stop at a prison door,” said Ruiz, who is defending Hawsawi against charges of helping to plan and finance the Sept. 11, 2001 attacks that killed over 3,000 people in New York City, the Pentagon and Pennsylvania. In addition to citing the constitution, Ruiz said that the treatment of Hawsawi and other detainees at the base also violates an article of the Geneva convention forbidding the torture of prisoners of war.

Clay Trivett, an attorney for the Justice Department said the detainees at Guantanamo should not be classified as prisoners of war but as “alien unlawful belligerents,” and that standards for their treatment should be sought in the Military Commissions act of 2009.

Hawsawi’s hearing was the first since the December 2014 release of the Senate report on the CIA’s use of torture in interrogating detainees. The report cites records from Hawsawi’s detention with the CIA indicating that he had hemorrhoids and other rectal ailments.

The “Study of the Central Intelligence Agency's Detention and Interrogation Program,” which took on the “Torture Report” nickname, revealed that CIA interrogators used a number of cruel techniques including ‘Russian Roulette’, sleep deprivation, along with other tortures against the suspects, detained in relation to 9/11 attacks, and that the agency had concealed the extent of the practices.

“The interrogations of CIA detainees were brutal and far worse than the CIA represented to policymakers and others,” the report concluded.