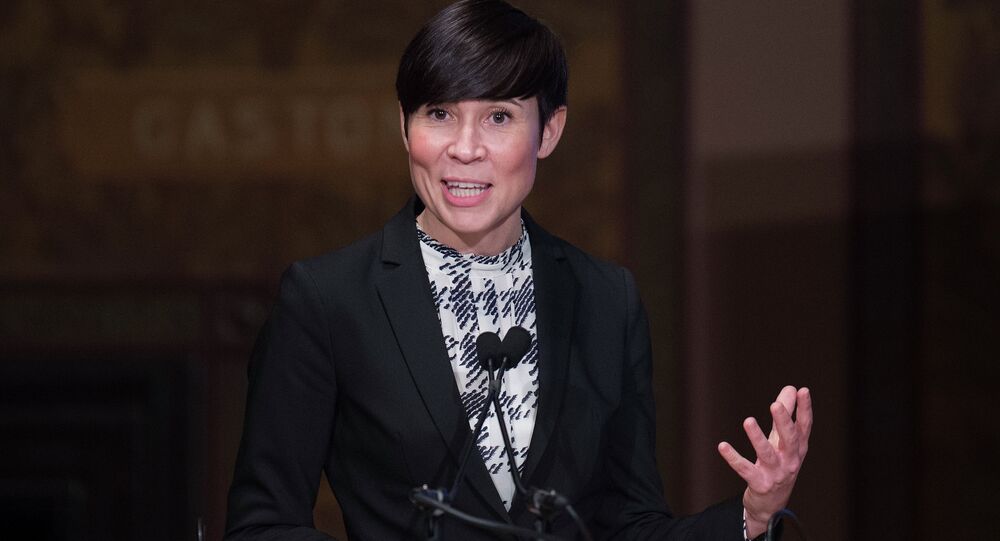 Hybrid warfare refers to a military strategy that uses a broad range of tools, combining conventional warfare with cyberwarfare, information warfare and guerrilla warfare. It may also be used to describe attacks using weapons of mass destruction, such as chemical, biological and nuclear weapons.

"We have to take it seriously. It has been a long-going discussion within NATO and other institutions," Soreide said in Germany, adding that it was important to decide on an adequate response.

Hybrid warfare refers to a military strategy that uses a broad range of tools, combining conventional warfare with cyberwarfare, information warfare and guerrilla warfare. It may also be used to describe attacks using weapons of mass destruction, such as chemical, biological and nuclear weapons.

© AP Photo / Antonio Calanni
Norway Wants Normal Relations With Russia, FM Says
She pointed out that hybrid wars was not new, but have come to the fore only recently. "What we see right now is the merging of threats – conventional and unconventional," she added.

Soreide stressed that more investment in defense and security was needed to address the challenge. Norway has been stepping up its investment in intelligence and high-end capabilities, she added.

"And the reason we are doing all this – and I think that is important to remember – is that we need to be able to counter a full spectrum of threats," the Norwegian military chief said.

"Over the course of the [Crimean] crisis, Russian leaders denied any active involvement but sent irregular forces dubbed 'little green men,' spread propaganda and encouraged local unrest, assembled regular forces at the border, and engaged in diplomacy trying to keep up the narrative that Moscow was not a party to the conflict," the expert panel said in a report.

The republic of Crimea voted March 2014 rejoin Russia amid the worsening security situation in mainland Ukraine following a February 2014 coup. The decision was condemned by the West. US and EU leaders have accused Russia of active military involvement in the unfolding Ukrainian crisis, and have been considering whether to supply the government in Kiev with lethal aid.