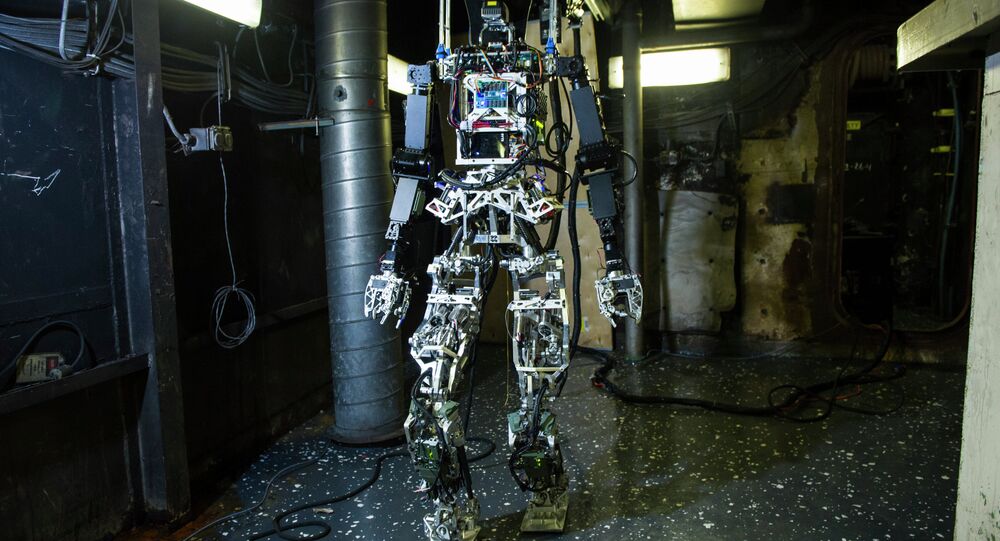 Researchers at Virginia Tech in cooperation with the US Navy’s Office of Naval Research presented a firefighting robot, capable of mobility aboard a ship, manipulating doors and fire hoses, and equipped with sensors to see and navigate through smoke.

WASHINGTON (Sputnik) — Researchers at Virginia Tech in cooperation with the US Navy’s Office of Naval Research (ONR) unveiled a firefighting robot, designed to keep sailors safe from direct exposure to fire, according the a press release by the Navy’s research division.

“We set out to build and demonstrate a humanoid capable of mobility aboard a ship, manipulating doors and fire hoses, and equipped with sensors to see and navigate through smoke,” ONR program manager for human-robot interaction and cognitive neuroscience Thomas McKenna said on Wednesday. “The long-term goal is to keep sailors from the danger of direct exposure to fire.”

The robot was shown at the Naval Future Force Science and Technology EXPO in Washington, DC, highlighting the Navy’s research and technology breakthroughs.

The bi-pedal robot, named SAFFiR, is able to maneuver in the cramped conditions typical on Navy vessels and is equipped with sensors that allow it to see through smoke. The 5 foot 10 inch robot is controlled remotely by humans, although it does have an autonomous function.

The robot is one of many ONR is working on to integrate autonomous and human-controlled robots for military uses.

“We’re working toward human-robot teams” McKenna said. “It’s what we call the hybrid force: humans and robots working together.”

Last week ONR unveiled it is testing a robot that behaves similar to a human that could be used for training exercises. ONR has also developed shark-like robots to facilitate intelligence gathering, surveillance, reconnaissance and inspecting ship hulls.