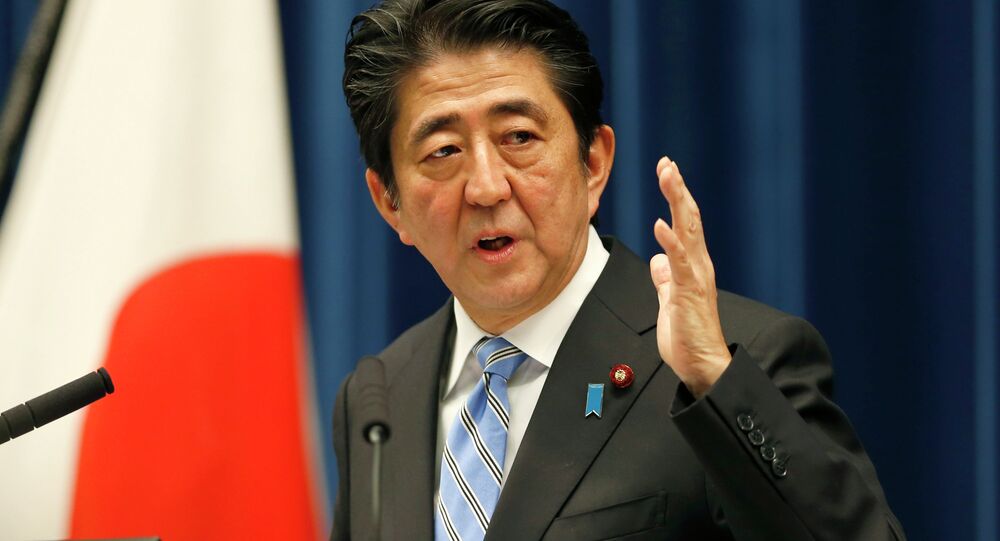 Japanese Prime Minister Shinzo Abe said that there is no need to impose geographical limits on deploying the country's military forces in order to defend it's allies.

MOSCOW, February 2 (Sputnik) — Japan does not need to impose geographical limits on the deployment of its military in order to defend the country's allies, Japanese Prime Minister Shinzo Abe said Monday.

"It's not about whether we can apply [the use of the right to collective self-defense] because the location is near, or we shouldn't out of geographical considerations," Abe was quoted as saying by Kyodo news agency.

© AP Photo / Koji Sasahara, File
Abe’s 'Proactive Pacifism' at Stake After IS Beheads Two Japanese Nationals
Under Article 9 of the Japanese Constitution, the country’s military is to adopt a strictly defensive nature.

In July 2014, Abe announced that the Japan Self-Defense Forces would be able to fight abroad for the first time since 1945, but reiterated that Tokyo would not “change the principle that we cannot send troops overseas."

Last week, Japanese freelance reporter Kenji Goto was executed by Islamic State (IS) militants. In the end of January, another Japanese national, Haruna Yukawa, was killed by the IS radicals. The incidents triggered Japanese residents' unhappiness with the purely defensive nature of the country's military.

The Islamic State is a jihadist group notorious for its human rights abuses. In 2014, it took vast territories in Iraq and Syria under its control and proclaimed an Islamic caliphate. The insurgents have kidnapped and killed several foreign nationals, including military personnel, aid workers and journalists.