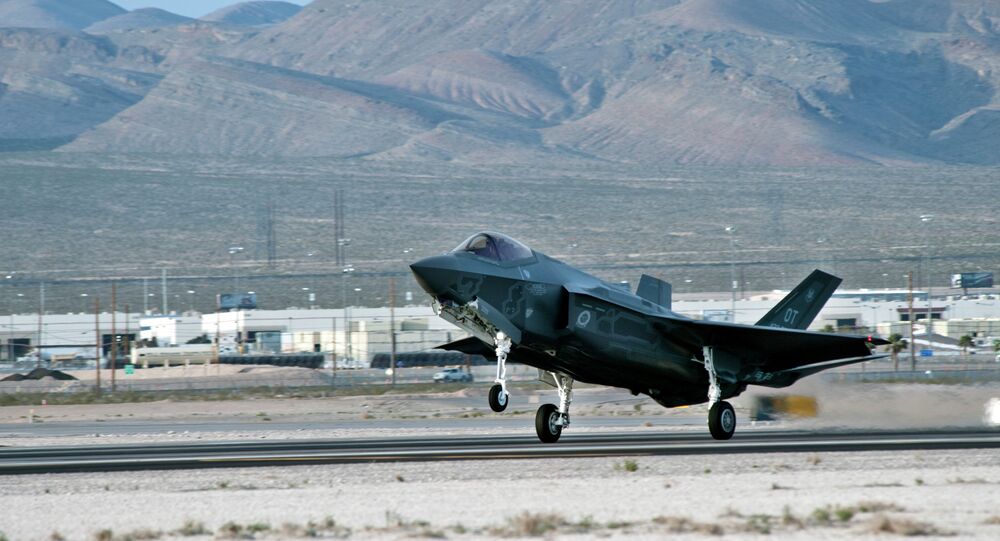 Pentagon claims that the advanced next generation F-35 fighter jet plane has nearly completed climatic testing that subjects the aircraft to extreme temperatures and weather conditions.

“An F-35 Lightning II has endured extreme weather temperatures to certify the fleet to deploy to any corner of the world,” the program said in a statement.

Testing carried out on the F-35B version of the fighter plane, which has short take off and vertical landing capability, is assessing the plane’s performance in extreme temperatures and weather conditions, including freezing rain, snow, wind and humidity, the statement said.

Samuel King Jr./ for U.S. Air Force
F-35 Fighter: $400 Billion and the Guns Don't Work?
The six month testing program is in its fourth month at an indoor climatic laboratory at Eglin Air Force Base in the US state of Florida.

Billie Flynn, an F-35 test pilot, said in the statement the fighter plane is meeting expectations.

"It has flown in more than 100 degree heat while also flying in bitter subzero temperatures. In its final days of testing, it will fly through ice and other conditions such as driving rain with hurricane force winds. We are learning more and more about the aircraft every day," Flynn said.

The F-35 is a single-seat, single-engine strike fighter with stealth technology. The nearly $400 billion F-35 Joint Strike Fighter Program is largely funded by the United States. The United States plans to buy 2,443 F-35s while the 10 allied countries will purchase 721 fighters, according to the plane’s producer Lockheed Martin.

The F-35’s development has been beset by delays, cost overruns and technical problems. Critics of the program argue the program is unnecessary and a waste of money.

Tags:
F-35, US Department of Defense (DoD), US
Community standardsDiscussion