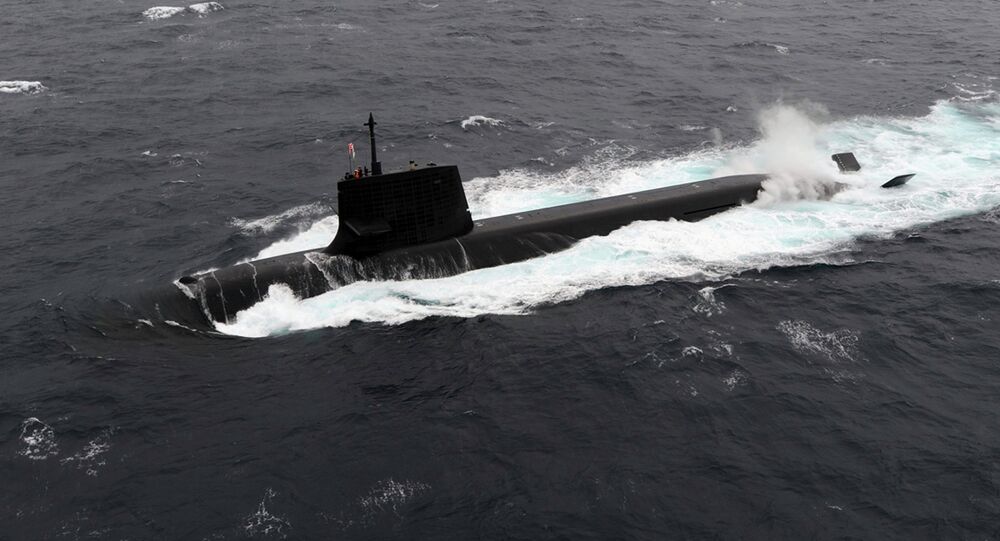 "In keeping with their expanding strategic partnership, the Modi government has asked the Shinzo Abe administration whether it would be interested in the over Rs 50,000 crore [$8.1 billion] project to build six stealth submarines in India," the Times of India reported.

It should be noted that in 2007, India had launched Project 75I, which was aimed at replacing its aging fleet with new foreign vessels. After repeated delays, the plan eventually obtained its second wind under the new Prime Minister, Narendra Modi. It is expected, that the six diesel-electric submarines will be built in India, in compliance with the popular "Make in India" initiative.

The Modi Cabinet, which plans to put the project out to tender, has reportedly forwarded a proposal to Japan to "consider the possibility" of building its Soryu-class submarines in India on condition that Japan "will form a joint venture with an Indian shipyard," the Diplomat points out.

"At 4,200 tons submerged, the Soryu-class is considerably larger than either the [German] Type 214, [French] Scorpene, or improved [Russian] Kilo, and can carry a much heavier weapons load. This size also makes them quieter and longer-ranged than the other boats on the market. At current price expectations of around $500 million, the Soryus are not wildly more expensive than the other boats."

The National Interest also notes that Australia and Japan have recently been discussing a program aimed at the sale and purchase of 12 diesel-electric Soryu-class vessels.

The Times of India underscores that the United States "has been pushing for greater defense cooperation among India, Japan and Australia" in order to counterbalance China's growing military power in the Asia-Pacific region and especially the South China Sea, which has long been the subject of fierce territorial disputes between Beijing and its neighbors. Experts stress that the United States is interested in preventing close cooperation between Eurasia's BRICS members, particularly China and India, that could diminish the influence of the West in the region.