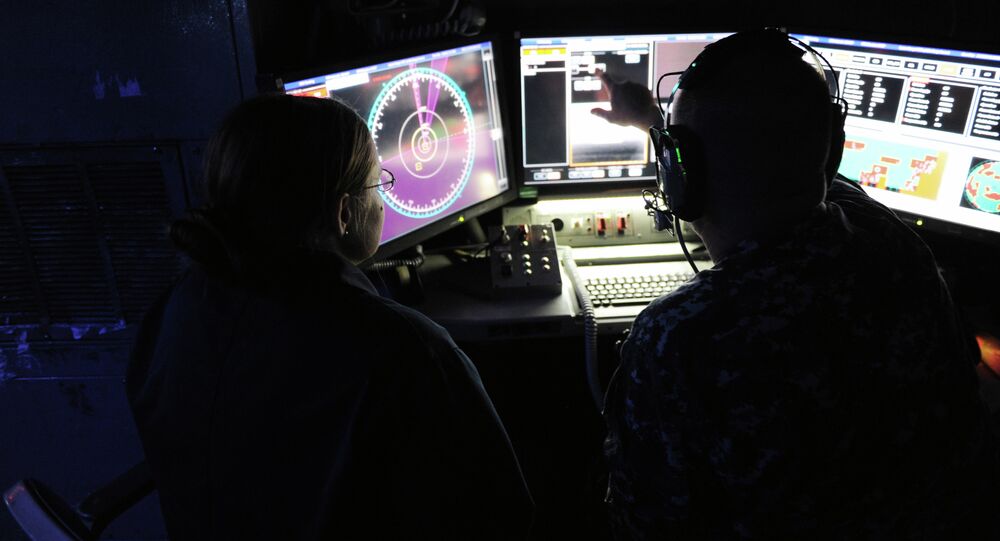 The US Navy has unveiled a multiplayer video game, called Strike Group Defender, aimed to train seamen to defend ships from missile raids.

© Flickr / U.S. Naval Forces Central Command/U.S. Fifth Fleet
US Navy Studies Robots as Potential Troops
NEW YORK, January 29 (Sputnik) – The US Navy has unveiled a video game for training seamen how to defend ships from missile raids by simulating airstrikes and teaching players how to react, the Office of Naval Research (ONR) revealed in a statement Thursday.

In the multiplayer game, called Strike Group Defender, players are exposed to various anti-ship missile attacks and must choose whether to respond with decoy flares, infrared-tracking systems or firepower, the Office of Naval Research (ONR) said in the statement.

"Strike Group Defender is an affordable, realistic way for personnel to understand and emulate the capabilities being developed in the IAMD FNC's [Integrated Air and Missile Defense (IAMD) Future Naval Capabilities (FNC)] and learn how those improvements enhance the means to respond to threats Navy ships face around the world," the ONR program manager Scott Orosz said.

The game has already been rolled out to training units aboard some 30 ships. Orosz said it allows sailors to "plan, experiment and train whenever they want, whether they are at sea or in a classroom."

On Wednesday, the ONR announced that the US Navy is testing robots and human surrogates that could be used in military training exercises. The tests are a part of the ONR's Human Surrogate Interaction program, which seeks to investigate how humans interact with robots and surrogates.

Experts will discuss simulators, robots and other military hardware at the Naval Future Force Science and Technology EXPO in Washington on February 4-5. An electromagnetic gun, a fire-fighting robot and helicopter drones will also be on display.

The ONR is the science and technology branch of the Navy and Marine Corps. It works with industry and universities to develop advanced technology for US warfighters.