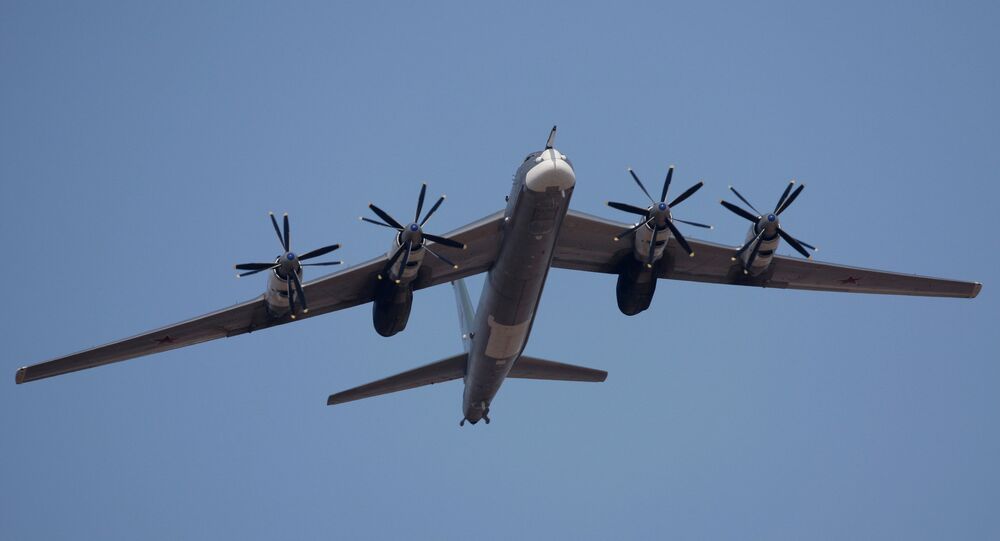 The UK foreign office noted Russian aircraft had not entered sovereign British airspace and had been escorted by RAF Typhoons throughout the time they were in the UK area of interest.

© Fotobank.ru/Getty Images
Russia Says Air Force Flight Near UK Complies With International Law
MOSCOW, January 29 (Sputnik) — Russian ambassador Alexander Yakovenko has been summoned to the the Foreign and Commonwealth Office for a meeting with the Permanent Under-Secretary Simon Fraser Thursday over the disruption of the UK civil aviation by Russia's Air Force flight, the British Foreign Office said.

The UK foreign office noted Russian aircraft had not entered sovereign British airspace and had been escorted by RAF Typhoons throughout the time they were in the UK area of interest.

"While the Russian planes did not enter sovereign UK airspace and were escorted by RAF Typhoons throughout the time they were in the UK area of interest, the Russian planes caused disruption to civil aviation," the Foreign Office told Sputnik.

On his part, Ambassador Alexander Yakovenko stressed that the concerns of the British side are not understandable, given that the two Russian military aircraft were on a routine air patrol duty over the high seas of the Atlantic Ocean. This flight (as all other routine flights of the Russian military aircraft) was carried out in strict compliance with the international legal norms including International Flight Rules and Regulations, without violation of other Countries' airspace, therefore it cannot be regarded as threatening, destabilizing or disruptive.

Russia said its Air Force Tu-95MS strategic bombers spotted near British airspace were conducting a planned 19-hour flight over the North Atlantic and did not breach international regulations or any nation's borders.

According to Russian Air Force spokesman, Russian strategic bombers were planned to be escorted by RAF Typhoon aircraft, Norwegian F-16s and French Mirage fighters at different stages on their route, and the flight had been performed with strict adherence to international regulations on the use of airspace over neutral waters without violating states' sovereign borders.