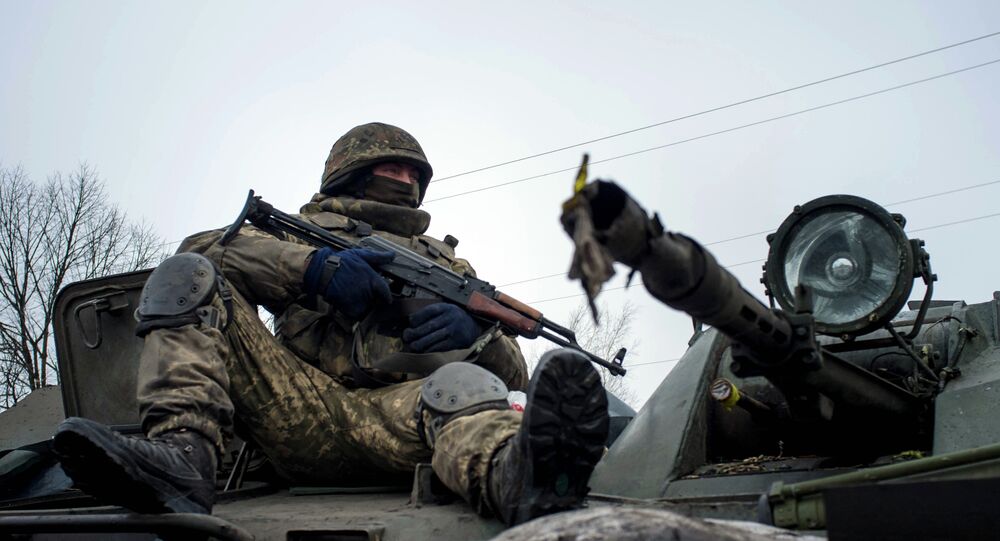 “There have been rumors, which my understanding they are false,” Psaki told journalists when asked about US private army operating in Ukraine, referring to recent videos depicting English native speakers patrolling streets of Mariupol, a city in the southeast of Ukraine.

The first uniformed armed man speaking English was accidently recorded on the video by the Mariupol News Service. He refused to comment on the correspondent’s question and quickly went away with the words “Out of my face, out of my face, please.”

“There are no [US] troops operating [in Ukraine], there was also an accusation that there is a NATO legion in Ukraine…there have been a range of rumors out there which are inaccurate,” Psaki underscored.

Currently, the US officials are claiming that they are providing exclusively non-lethal support to Ukraine, as well as military advice. Last Tuesday the US Ambassador to Ukraine announced that the US Congress allocated $75 million to support Ukrainian defense sector in 2015, in addition to $119 million it had already provided in 2014.