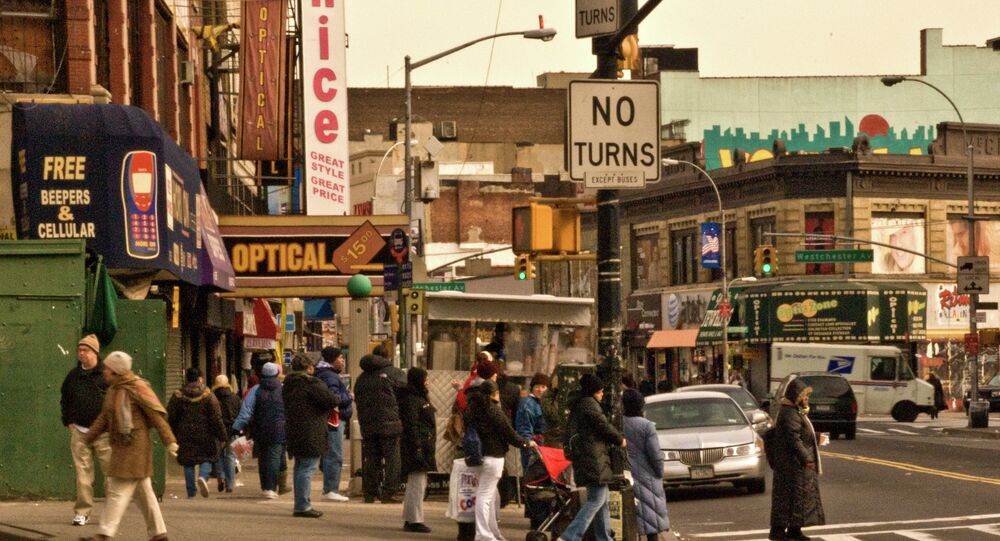 The Federal Bureau of Investigation has arrested an alleged Russian spy in the Bronx, New York City on Monday on charges of trying to collect intelligence and recruit sources.

WASHINGTON, January 26 (Sputnik) — A man accused of spying for Russia was arrested in New York City (NYC) by the Federal Bureau of Investigation (FBI) on Monday, according to the bureau's Twitter feed.

Just in: FBI arrests Russian spy in the Bronx who was part of ring attempting to collect economic intelligence & recruit #NYC residents

FBI agents arrested Evgeny Buryakov, an alleged Russian spy in the Bronx, New York City on Monday on charges of trying to gather intelligence for Russia’s Foreign Intelligence Service and to recruit New York residents in an infiltration scheme that ran from 2012 to the present, according to the statement.

"We will use every tool at our disposal to identify and hold accountable foreign agents operating inside this country — no matter how deep their cover.  I want to thank the dedicated men and women of the FBI's Counterintelligence Division and New York Field Office, the National Security Division's Counterespionage Section and the US Attorney's Office for the Southern District of New York for their skilled handling of this complex and highly sensitive matter," he added.

What were these guys doing in the Bronx? "FBI Arrests Russian Spy Allegedly Collecting Intel In The Bronx" http://t.co/10itWtuLJV

Authorities also accused two other Russian nationals, Igor Sporyshev and Victor Podobnyy, who are claimed to be the members of the "spy ring" arrested Monday. Sporyshev worked as a trade representative of the Russian Federation in New York and Podobnyy served as an attaché to the Permanent Mission of the Russian Federation to the United Nations, according to the Justice Department.

"Buryakov, 39, Sporyshev, 40, and Podobnyy, 27, are charged in two counts. The first count charges the defendants with participating in a conspiracy for Buryakov to act in the United States as an agent of a foreign government without first notifying the Attorney General, and carries a maximum penalty of five years in prison," the statement, released Monday, said.

"The second count charges Buryakov with acting in the United States as an agent of a foreign government without first notifying the Attorney General, and charges Sporyshev and Podobnyy with aiding and abetting that offense. The second count carries a maximum penalty of 10 years in prison," the statement adds.

According to the prosecutor's office, the maximum potential sentences estimated in the statement are provided "for informational purposes only".

United States Attorney for the Southern District of New York Preet Bharara said in a statement that Buryakov’s arrest “makes clear” that Russian intelligence continues to operate in the United States after the end of the Cold War.