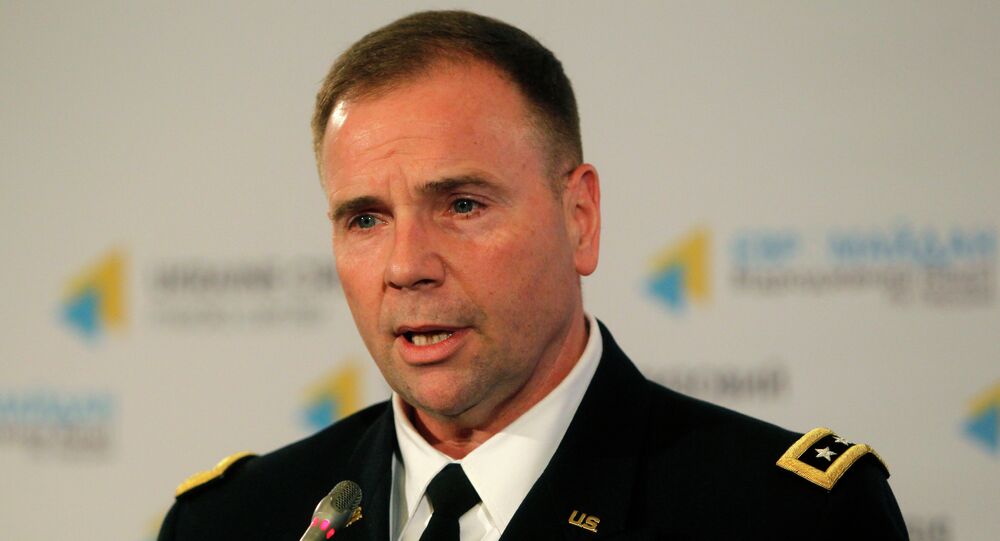 US troops are going to be deployed to western Ukraine to train the Ukrainian National Guard, Lieutenant General Ben Hodges announced.

MOSCOW, January 24 (Sputnik) – The head of the US army in Europe, Lieutenant General Ben Hodges, told a press conference in Kiev on Wednesday that US troops are going to be deployed to western Ukraine to train the Ukrainian National Guard, according to media reports.

The training is set to take place at the Yavoriv Training Area near the city of L'viv, although the exact number of troops taking part is yet to be confirmed. Pentagon spokeswoman Lt. Col. Vanessa Hillman told Defense News that the training is part of US State Department efforts "to assist Ukraine in strengthening its law enforcement capabilities, conduct internal defense, and maintain rule of law."

© AFP 2021 / SERGEI SUPINSKY
US General Announces Western Ukraine Troop Deployment in Spring
In May 2014 the Ukrainian government voted to form a 60,000 strong Ukrainian National Guard, for which the US has earmarked $19 million of funding in from its Global Security Contingency Fund, to help train and equip soldiers.

In addition to the military training, on Wednesday the Kiev Post reported that the US Embassy in Ukraine has provided the Ukrainian Border Guard Service with a prototype of the Ukrainian-made 'Kozak' armoured personnel carrier, which is "analogous to a light version of a U.S. Mine-Resistant Ambush Protected vehicle," the Embassy said, according to the paper.

"To date, the United States has delivered dozens of armoured pick-up trucks and vans to the Ukrainian Border Guard Service. The 'Kozak' is larger and offers a higher level of protection," US officials said in the statement.