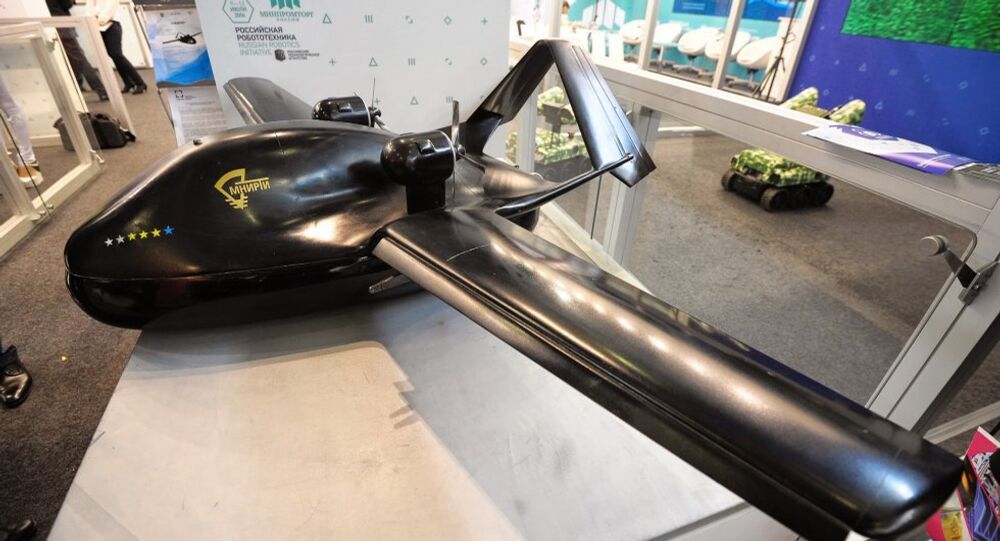 The source explained that currently there are three models of reconnaissance and strike drones (RSD) "Chirok." One of these is a mock-up copy, two others are full-sized models with a payload weight limit of up to 300 kilograms. At the moment they are being prepared for flight tests, the source told RIA Novosti.

© AP Photo / Kirsty Wigglesworth, File
Al-Qaeda Insurgents Studying US Military Tactics to Escape Drone Attacks
One of the full-size copies could be presented in summer 2015 during the International Aviation and Space Salon (MAKS), in Zhukovsky city, in the Moscow Region, the source said.

RSD Chirok was developed by the Moscow Research Radio Engineering Institute. The maximum takeoff weight of the drone is 700 kilograms. The drone can rise to a height of 6,000 meters (approximately 19,600 feet), and has a range of up to 2,500 kilometers (approximately 1,550 miles). Chirok can carry weapons inside the fuselage, improving aerodynamics and stealth characteristics.