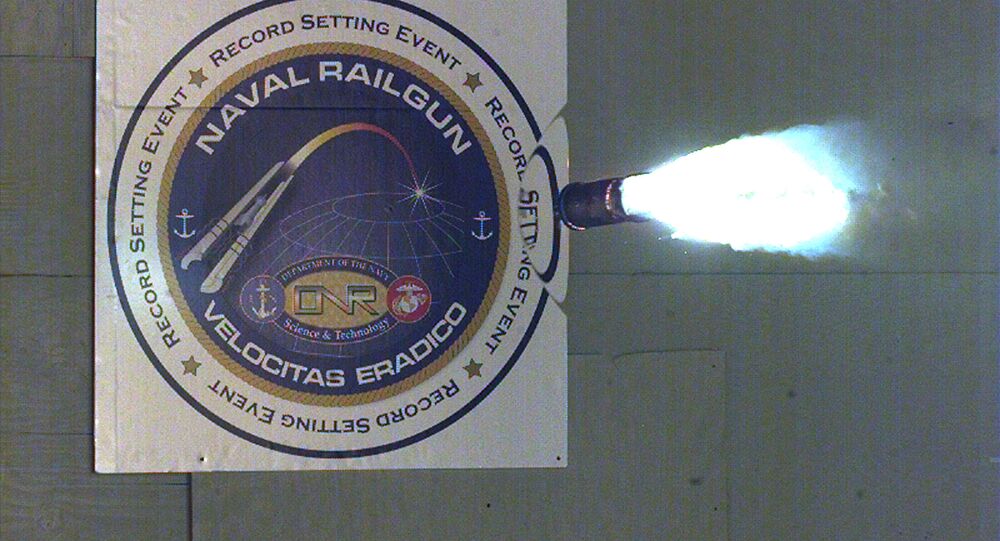 US officials announced Wednesday that the US Navy would present new military gear at the Naval Future Force Science and Technology EXPO in Washington on February 4-5.

NEW YORK, January 22 (Sputnik) – The US Navy is set to demonstrate an electromagnetic gun, a fire-fighting robot, a helicopter drone and other examples of new military gear at an upcoming exhibition, US officials said on Wednesday.

The weapons will be showcased to the public on February 4-5 at the Naval Future Force Science and Technology EXPO in Washington by Chief of Naval Research Rear Adm. Mat Winter and other experts from the US Office of Naval Research.

"The exhibit hall will feature a range of state-of-the-art technologies, including the electromagnetic railgun, a weapon that uses electricity to launch projectiles at six times the speed of sound, and a shipboard autonomous fire-fighting robot, a bipedal humanoid robot designed to assist sailors," researchers said in a statement on Wednesday.

Other technology being showcased includes the CQ-10B helicopter, a lightweight drone that can transport 227-kilogram (500-pound) loads of cargo, and an underwater drone glider that can trail and monitor vessels over long periods of time.

The electromagnetic railgun uses high electrical currents to generate a magnetic field and launch projectiles at distances in excess of 100 nautical miles (100 miles), rather than using traditional chemical propellants, researchers said. It is expected to be tested at sea in 2016.