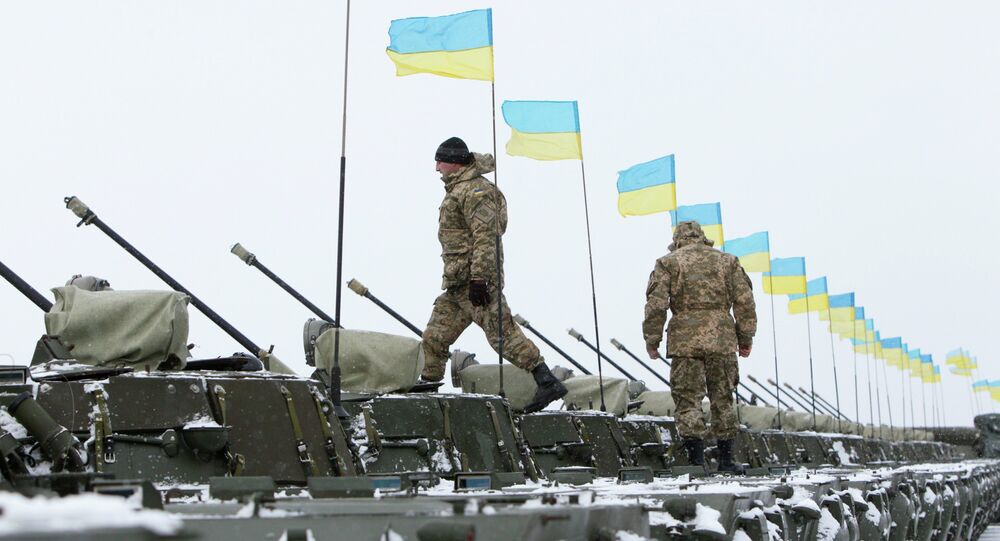 The United States Congress allocated $75 million of additional support for the defense sector to Ukraine as a part of the European support initiative.

"Probably, the United States provides more support to the territorial integrity of Ukraine and its defense than other countries. We have provided $119 million of aid to Ukraine for its defense sector, and Congress has allocated another $75 million of additional support for the defense sector as a part of the European support initiative," Geoffrey Pyatt said.

The ambassador stressed that the US provided only non-lethal aid for Ukraine to develop its defense capability, as army reforms are more important for Ukrainian security than armament support.

Last week, the US announced it will provide a billion loan guarantee to Kiev until July 2015. The US Congress is now considering another billion dollars guarantee, if Kiev follows reform plans.

Ukrainian Standoff Could Be Resolved Only Through Dialogue, Kremlin Says